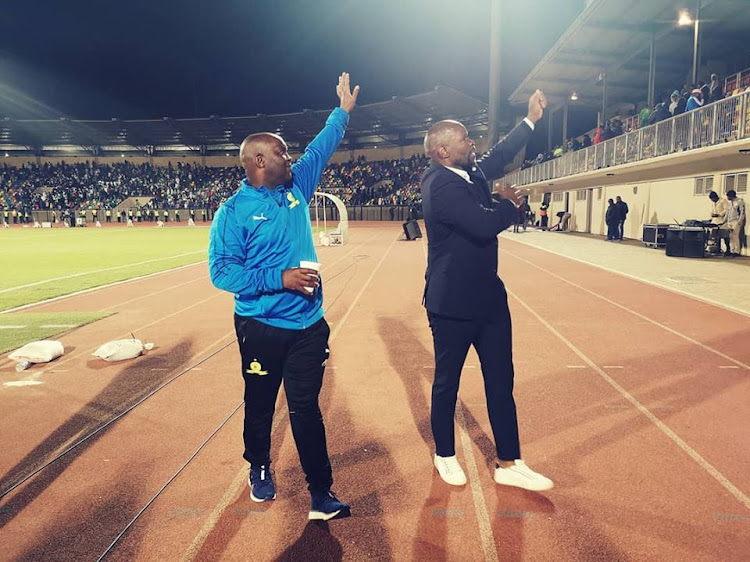 Mamelodi Sundowns coach Pitso Mosimane has gushed about the passion of Bloemfontein Celtic’s fans after he was called in front of the club’s famous supporters following Wednesday night’s 0-0 Absa Premiership draw at Dr Molemela Stadium.

A video clip on Celtic’s official supporters’ page on Facebook shows Mosimane – Sundowns’ 2016 Caf Champions League-winning coach – accepting the Phunya Sele Sele fans’ singing in honour of him after the game‚ then being joined by home team coach Steve Komphela.

The reaction by Celtic’s supporters – known as amongst the most passionate in the country – prompted Mosimane to say it was tragic that the Free State team have big off-field problems.

Debt-ridden Celtic owner Max Tshabalala has been struggling to sell the club amidst player strikes.

“The culture that’s here is amazing. It’s beautiful. To have the opposition crowd in the stadium calling me to sing for me – you never get that. It’s more than football‚ to be honest.”

“They’ve done it before. But normally they call over the ex-Celtic players who now play for Sundowns – guys like Thapelo Morena and before that Thabo Nthethe – to sing to them‚” Thuswa said.

“This time they saw Pitso there‚ and they called him too. I think it’s because he has won the Champions League and been so successful.

“And I think Steve Komphela had something to do with it too‚ because Pitso is always saying good things about Steve.”

The goalless result left champions Sundowns in seventh place in the PSL‚ and Celtic in fourth.