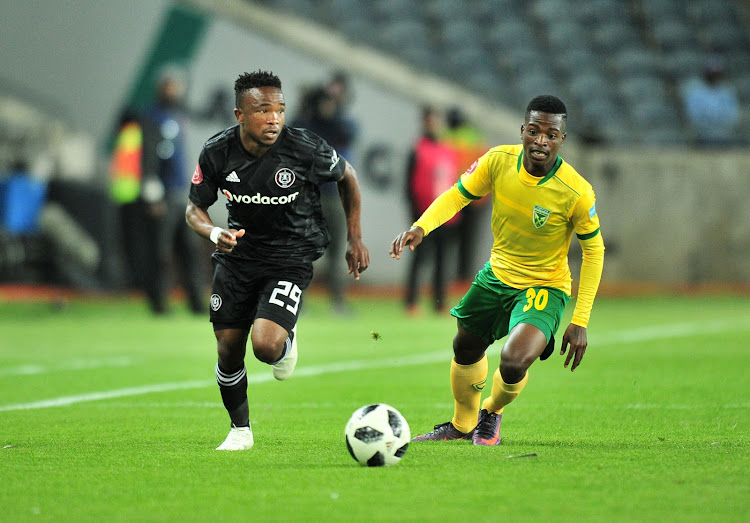 Orlando Pirates’ form at home went from bad to worse when they were held to a 0-0 draw by a Lamontville Golden Arrows team which came to Orlando Stadium looking for their first win in seven league matches.

Pirates’ failure to beat Abafana Besthende also robbed them of a chance to go one point clear at the top of the Absa Premiership as Milutin Sredojevic tactics came unstuck against an Arrows side which was unlucky not to go back to Durban with full spoils.

For Pirates this draw means they have only managed to gather only six points at home from a possible 15 this season as it comes at the back of failing to beat Cape Town City (2-2) Highlands Park (1-1).

Bucs also lost 1-0 to log leaders Bidvest Wits in their other match at home.

Bucs only three points in Orlando came in their 3-1 victory against SuperSport United in the middle of last month.

For a team which aspires to win the league this home run will be discouraging.

Pirates hardly created a single clear cut chance in the first half of this match with balls from Paseka Mako, Thembinkosi Lorch and Vincent Pule not reaching their target lone man up front, Augustine Mulenga.

Arrows were equally wasteful when going forward even though they had decent half chances to test Siyabonga Mpontshane in Pirates goals.

Striker Nduduzo Sibiya had two free-kicks in front of Pirates goals inside the 45 minutes but his tame shots hardly troubled Mpontshane.

Clinton Larsen’s team also had a good opening towards end of the first stanza but Siboniso Chonco shot wide when he was put through by Sibiya.

Two minutes after the restart Lorch also his opportunity to put Bucs ahead after receiving a through pass from Pule, but his weak shot went way wide off the posts.

Pule was unlucky not add to his three league goals when his free kick in referee’s optional time went just over the bar.

Arrows could have also punished Pirates when Sibusiso Sibeko found himself with enough space in front of goals after a good build up but the winger headed straight to Mpontshane.

Sensing another embarrassing result at home, Sredojevic threw in Justin Shonga to join his Zambian counterpart Mulenga midway through the second half, but Arrows defenders, led by their captain Nkanyiso Mngwengwe, did well to cut out all the dangerous balls which were pumped into their dangerous area.