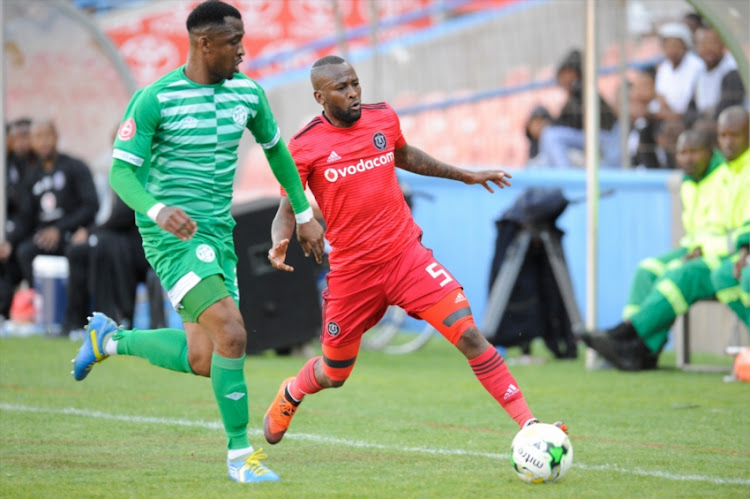 Bloemfontein Celtic have finally agreed to release Alfred Ndengane from his contract amid speculation of the versatile defender joining Orlando Pirates.

Ndengane (31) has played an instrumental role in the heart of a Celtic defence that has only conceded three goals in six matches where they have lost just once this season to be in fourth place in the Absa Premiership.

Celtic confirmed that the reigning PSL Player of the Month's contract‚ which was to run until June 2019‚ had been terminated as of Monday (October 1).

"It is incredibly painful losing a player of Ndengane’s calibre. However‚ after speaking to him for months and trying to convince him to stay‚ we realised that he was adamant about his request to be released‚" Celtic CEO Khumbulani Konco said.

"I must emphasise though that through negotiations for him to extend his stay and his ultimate decision to depart‚ there was no bad blood but rather amicable discussions through his manager.

"We therefore wish him all the best for his future endeavours and wholeheartedly thank him for his professional conduct and contribution towards the brand Celtic."

Ndengane has been linked to a move to Pirates.

The protracted sale of Bloemfontein Celtic has taken yet another twist after it emerged that flamboyant Free State businessman Ben Moseme has ...
Sport
3 years ago

Konco also announced that utility defender Tshepo Rikhotso has extended his stay at Siwelele for three years with an additional one-year option to renew from his current contract‚ which ends in June 2019.

"He [Rikhotso] was nurtured and introduced to professional football by Celtic and we were happy when he‚ through his manager‚ committed to the team until 2023.

"In football you lose some but we must always try to keep the core of the team intact‚" Konco said.