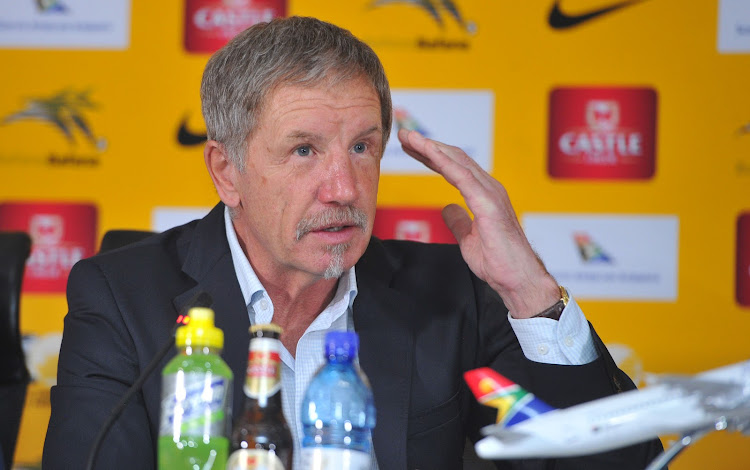 There was a time when Bafana Bafana had a seat at the continental football head table and were expected to brush past teams like Seychelles without breaking a sweat.

Any doubts that those days are long gone were laid to rest this week when Bafana coach Stuart Baxter said his charges have such difficulty acquainting themselves with the so-called minnows that victory is not always a certainty.

Memories of the home and away defeats to Cape Verde a year ago were seemingly still very fresh in Baxter’s mind — Cape Verde upset Bafana 2-1 in Praia and repeated the trick with the same score in Durban a few days later — as he announced the squad to face 189th-ranked Seychelles in a 2019 African Nations Cup qualifier at FNB Stadium next Saturday.

‘‘In terms of the group situation itself‚ I don’t think there’s anybody that really thinks historically we have been good at playing the so-called smaller nations‚” he said.

‘‘That said I don’t think that any of us..... you‚ me and the players have done ourselves any favours by trying to label Cape Verde as one of the smaller nations given the amount of players they have playing abroad and their record.

‘‘You know with humility we probably made a mistake there (in the two World Cup qualifiers) and trod on that banana skin well and truly.”

Bafana are second on the 2019 Afcon standings with four points from two games and trail Group E leaders Libya on goal difference.

Baxter’s charges‚ who are 73rd of the Fifa standings‚ beat Nigeria 2-0 away from home in a shock result in his first official match in charge but then laboured to a disappointing 0-0 draw with Libya at the Moses Mabhida Stadium last month.

After hosting Seychelles at the FNB Stadium in Johannesburg (3pm) on October 13‚ the return game is set for Tuesday October 16 in Seychelles (2.30pm SA time).

‘‘This one (against Seychelles)‚ if you look at the group and we had a look at the results‚ if Nigeria look at their games so far they will say ’so we have lost to South Africa and we beat Seychelles’ as they obviously should‚” Baxter said.

‘‘You look at Libya who had Seychelles at home and took a point here‚ and you look at our results‚ beating Nigeria away and a draw against the next best team in the group (Libya) I would say at home‚ our four points represents four points that put us in a good situation if we do the job properly now against the Seychelles.

‘‘So this issue with the so-called minnows‚ we need to put that to bed.

‘‘We need to put that to bed with a little bit of humility‚ a lot of professionalism and a bit more steel than we have shown.

‘‘So I think that the squad we have selected has got youthful enthusiasm‚ people that want to prove a point and a few older heads that we know have got character.”

Asked if his pronouncement meant that he was not confident of getting the full six points against the Seychelles home and away‚ Baxter said he was merely pointing out that Bafana have had issues with so-called smaller nations.

‘‘If you heard what I said‚ I said we need to get six points from these two games.

‘‘And I think if we do show that‚ then we will take the six points.

‘‘So we need to make sure that we’re professional enough to take these six points.”