Thabo Senong will not change his style 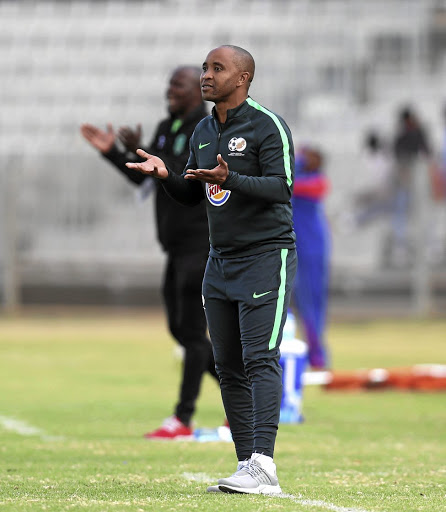 After attaining his Diploma in Masters Coaching at the Johan Cruyff Institute in the Netherlands early this month, SA Under-20 coach Thabo Senong has vowed he'll not completely neglect his own coaching philosophy for a Dutch approach.

"I won't really change my coaching style. But of course coaching philosophies need to be refined. In relation to my environment, which is Amajita I need to be mindful of the type of players I am working with,'' Senong told Sowetan on Wednesday.

"I am not going to take what I have learnt there and just put it on my players. I have to respect the playing style of South African players and their natural skills. It's important that I find balance between enriching them with my newfound skills and allowing them to express themselves the way they will give me quality performance."

Senong said the qualification has also prepared him to coach at club level, should that door open.

"I am naturally an ambitious coach. Should an opportunity avail itself to coach a professional club, I am definitely ready because I am always curious about where the game is going in terms of development," noted Senong

Having studied for seven months to graduate from the acclaimed Johan Cruyff Institute, he explained what he gained from being part of this coaching programme.

"During this programme, one thing I realised was that actually coaches need to be coached as well. We all know that Pep Guardiola [Manchester City coach] was still a mentee of Cruyff [before this Dutch legend passed away], that tells you that coaches also need to be coached," said Senong.