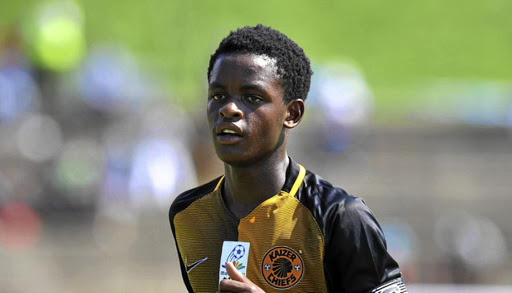 An incensed Kaizer Chiefs MultiChoice Diski Challenge (MDC) coach Arthur Zwane has lashed out at his players for their flat performance in their 0-0 stalemate against Highlands Park on Monday, labelling his troops' display "nonsense".

Zwane felt the Amakhosi reserves should have won the match easily. He was particularly disappointed with one of his best players from last season, Given Thibedi.

"I am very disappointed with our performance. If you can't beat teams like this [Highlands], who are you going to beat? This is nonsense, I am not going to take this," Zwane lambasted his charges.

"Sometimes you need to give these players a wake-up call. Even Given is becoming more complacent. I spoke to him; in fact I wanted to take him out of the team but this is development. we try by all means to help these boys and not destroy them."

Zwane also commented on first-team players Ryan Moon and Letlhogonolo Mirwa's performances. The duo started the match as their aim is to get game time amid their struggle to break into the starting line-up in the senior side.

"It worries me when you try to give some people game time and they don't show up. You might see six or seven changes in our next game.

"You might see a 16-year-old boy who is willing to learn and fight for this badge," said Zwane.

"We are going to watch a video of this match as a team. I am not worried about the results but the performance."