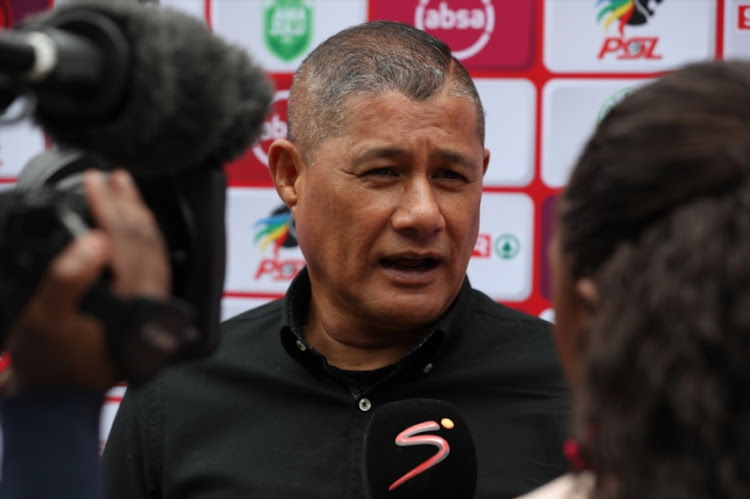 AmaZulu coach Cavin Johnson was unimpressed with the referee after his side’s 2-0 defeat to Kaizer Chiefs at FNB Stadium on Saturday night.

Goals from Ramahlwe Mphahlele and Siyabonga Ngezana gave Chiefs their third win in row as coach Giovanni Solinas continues to make his mark at Naturena.

But Johnson was not a happy man and suggested that the match official's performance played a hand in his side's defeat to AmaKhosi.

“Again‚ you know sometimes you see things on‚ is it national television‚ and you are questioned if you are bringing the league into‚ is it disruption or corruption or whatever‚” Johnson said tersely.

“I think that the officiating at moments….. you get decision made against you that I think that as coaches…..

“Our players make bad decisions‚ our players make wrong movements on the pitch and we take that game back home‚ look at it and we try and reinvent the brain to starting thinking the way we like to be.

“Then you get something that does not go your way and you question whether other people are analysing their performances‚ which I think is very important in football because going forward there’s not only 22 people on the pitch‚ there’s 23 in the middle‚ 24 on the side‚ 25 on the other side and you stand and do nothing.

“So I do think that these things need to be analysed. I am sure that the rest of the world analyse themselves as it what has gone wrong.”

But Johnson was not finished and suggested that the small decisions by the referee had a bigger effect on his side's performance.

“It’s just uhhhh‚ I mean‚ both players go up for the ball‚ one player falls on his knees and he gets a free kick‚" he said.

"It’s ….. for me it does not make sense. “That is why I am saying it would not have irritated me if it was something for both teams‚ then I would have appreciated it.

“But sometimes you know one‚ two and the wind is knocked out of your team. (It happened) in bad areas on the field and the other team created a goal from it.

“It takes the wind out of your team. So why don’t you give me one as well because then I can also try some things?

“But that’s what I’m saying – analyses yourself and be honest with this beautiful game you play”. Chiefs moved to third place on the premiership standings after the deserved win while AmaZulu are ninth.

Solinas' charges are away to Highlands Park at Makhulong Stadium on October 2 in their next match while AmaZulu host Maritzburg United at King Zwelithini Stadium on the same day.