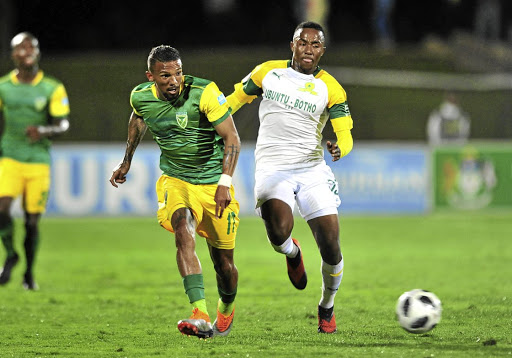 As Mamelodi Sundowns go through their teething problems after rebuilding their team, coach Pitso Mosimane says it will be worth it in the end if they win the 'grand slam' later this season.

"There are tournaments and grand slams. The Champions League is the grand slam," Mosimane said, using a term more common to tennis.

"You people know that our main goal at Sundowns is to win the big one."

Before they can think of the return of the Champions League in December, the Brazilians have to find their form in the Premiership.

They recently collected four points from KwaZulu-Natal after drawing with AmaZulu (3-3) and defeating Golden Arrows (1-0) in back-to-back encounters.

Mosimane admitted that his team had a bruising trip.

"I know that some odds were against us and it did not look that nice but we got four points out of six. It's not easy to get that," he said.

"Even though we wanted maximum points, AmaZulu played well and deserved a point. We don't look that convincing but out of five games we had three clean sheets.

"I think AmaZulu dented our record."

The former CAF Coach of the Year attributed their slow start in the league to their new-look attack that includes Jose Ali Meza, Toni Silva, Phakamani Mahlambi and Lebohang Maboe.

"I say to the Sundowns fans be a little patient because we have a line of four players who are new. We will get there slowly.

"We are using the league to prepare for CAF. It's key because we want to represent SA for the fifth time in a row. We cannot let the country down."

Downs next take on Steve Komphela's Bloemfontein Celtic on October 3.