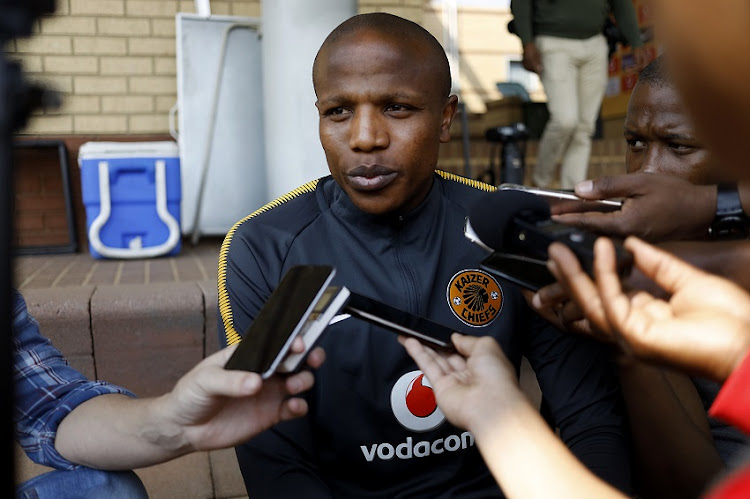 It might not have been a successful season, but Lebogang Manyama believes he learned a lot tactically in adversity in Turkey, and that he can bring that experience back to add value to Kaizer Chiefs.

Manyama made a decent, if rusty, debut for Amakhosi against old club Cape Town City on Saturday.

He was part of a 4-1 Absa Premiership thrashing of the Citizens at Cape Town Stadium that just might be a turnaround to new coach Giovanni Solinas’s nervy start at Chiefs.

Manyama will hope for more game time when Chiefs – who followed up the win against City with Tuesday night’s 2-0 victory with a near-B team against Free State Stars at Goble Park – meet AmaZulu at FNB Stadium on Saturday evening (kickoff 6pm).

It took three-and-a-half weeks from Manyama’s signing on a free transfer from Konyaspor – he moved to Turkey as a PSL Player of the Season from City in  August 2017 – to be introduced into a game at Amakhosi.

Manyama had to be nursed to match fitness having not played in six months arriving at Chiefs from a 2017-18 season where the forward made just 10 league and cup appearances for Konyaspor, just three of those starting.

Asked to explain why, Manyama chuckled: “Three coaches in one season – it can never be easy.”

He continued: “It was a learning curve. It was tough. But ja, you have to get through those kinds of things in life.

“And luckily I think I became a better player because obviously the standard there is a bit higher.

“You get better tactically and better technically and you know where to move on the field much better.

“Because here in SA obviously we know that it’s end-to-end stuff in most of the games. But there it’s more tactical.

“And you realise a few things there. That football is not just about 200km/hour, and actually you just have to move one step and you can get all the space that you want.

“So, ja, I made sure that I tried to learn as much as possible. And hopefully I can bring it back and add value to the team.”

AmaZulu – in ninth place with two wins, two defeats and a draw from five matches – showed what a tough team they are to crack with a 3-3 draw against Mamelodi Sundowns in Umlazi in their previous fixture on Sunday.