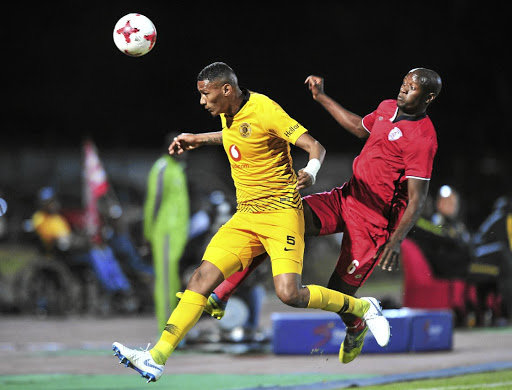 Mario Booysen was one of seven changes made by Chiefs on Tuesday.
Image: Samuel Shivambu/BackpagePix

Kaizer Chiefs coach Giovanni Solinas has urged his troops to remain humble and take each match as it comes amid their newly-found promising form, having registered two back-to-back league victories.

Chiefs secured their first league win of the season by thumping Cape Town City 4-1 on Saturday before outwitting Free State Stars 2-0 on Tuesday night. As they appear to be finally finding their feet after a poor start to the season, Solinas is inculcating humility in his players.

"We want to take it game by game. I think we deserved the victory [against Stars]. We played very well but we must be humble. It is still early days of the season. We need to continue improving in each and every match," Solinas said after goals by Gustavo Paez and Philani Zulu secured the win.

The Amakhosi tactician caught many by surprise when he made seven changes from the starting line-up that humiliated City against Stars.

The Italian-born coach emphasised that he was not taking Stars for granted by making wholesale changes. Solinas suggested his decision was more about refreshing the team.

"I wanted to refresh the team not that I was disrespecting Free State Stars. It was important to give other players opportunity as well. We have a good squad and it was the right moment to show that."

Players like debutant Mario Booysen and George Maluleka, who featured for the first time since returning from an ankle injury, showed glimpses of brilliance against Stars and that could give Solinas a selection headache when Chiefs face AmaZulu at FNB Stadium on Saturday (6pm).

It remains to be seen if man-of-the-match Maluleka and Booysen retain their places against Usuthu, or Daniel Cardoso and Siphelele Ntshangase will be given the nod.