FS Stars coach Luc Eymael fears he may be fired 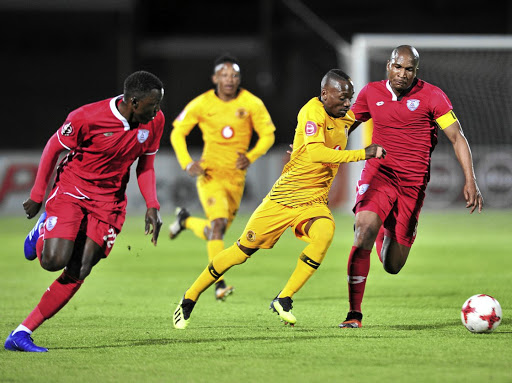 In the wake of their fourth league defeat at the hands of Kaizer Chiefs on Tuesday, Free State Stars coach Luc Eymael sounded despondent about his future at the club.

"You know what can happen when the coach is not getting results. I can understand that [being fired]. It is part of the life of a coach. But I will never give up. I will fight until the end," he said after their 2-0 home defeat to Chiefs.

Last season, in his first season at Stars, Eymael inspired Ea Lla Koto to their first trophy in 24 years, clinching the Nedbank Cup. But the Belgian mentor seems to be suffering from the second-
season syndrome this term.

"I am the first coach to bring two trophies [the Ke Yona Challenge trophy he won against the Nedbank Ke Yona Team a fortnight ago] after 24 years. I was a good coach. Now that I am not bringing results, I can be a bad coach."

Eymael also indicated he felt betrayed by his defender Bangali Keita after the Guinea international insisted he was 100% fit to start against Chiefs only to be substituted early in the first half, owing to a niggling injury.

"I'm very disappointed with some guys. We had a meeting last week. I said if you're not 100% fit for the game then say it. But I had a problem with one of our centre-backs (Keita). I called him today and he said he was 100% [fit].

"I told him to pay attention because I did not want to lose him after 20 or 40 minutes because I will lose a substitution. You saw what happened. When things are like that you feel betrayed," he lamented.

Eymael will have another chance to justify to Stars management that he's still the right man at the helm of the Bethlehem-based side when they host Highlands Park at Goble Park on Saturday.