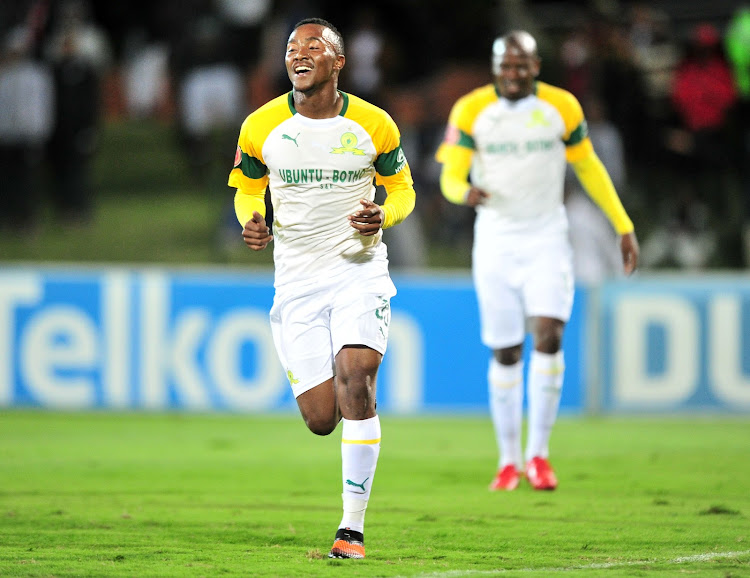 Defending champions Mamelodi Sundowns returned to winning ways and jumped from ninth to fifth position on the Absa Premiership table after a 44th minute goal by midfielder Lebohang Maboe earned them a 1-0 victory over Golden Arrows at the Princess Magogo Stadium in KwaMashu on Wednesday night.

It was a match that Sundowns dominated in possession with more than 60% going their way in the first 45 minutes as Arrows were content with defending deep into their own half hoping to catch the visitors on the break using the speed of twin strikers Lerato Lamola and Knox Mutizwa.

Sundowns never had it all their way in this contest as Arrows frustrated them by thwarting most of their forward moves, resulting in the Brazilians getting their first shot on goals in the 31st when Tony Silva shot wide on the left after receiving a loose ball just outside the box.

There was another chance for Sundowns to open the scoring in the 37th minute when Sibusiso Vilakazi was put through by Hlompho Kekana, but like Silva, he shot wide on the left before turning a provider to Maboe a minute before the break.

The goal was Maboe’s second in the league since he joined the Brazilians from Maritzburg United at the start of the current campaign.

Maboe’s goal helped Sundowns to maintain their unbeaten streak and break a two-match winless run in the league.

The win against Arrows follows the 2-0 victory Sundowns had over Polokwane City last month after they had drawn their opening fixture against Kaizer Chiefs.

Arrows were forced to change their game plan in the second half, this time pressing forward as they were seeking an equaliser to avoid a second successive defeat after their loss away to Highlands Park at the weekend.

Unlike Arrows, Sundowns continued to press for more goals in the second half and were unlucky not to double their lead immediately after the restart but Phakamani Mahlambi blasted over the bar after combining well with Vilakazi.

Looking to protect the lead Sundowns coach Pitso Mosimane reinforced his midfield by pulling out Mahlambi and bringing on Tiyani Mabunda to join Kekana and Andile Jali at the centre of the park.

Mosimane made three changes in his starting line-up bringing in Motjeka Madisha for Wayne Arendse and Thapelo Morena for Anele Ngcongca in defence and Vilakazi for Ali Meza in the attack.

Sundowns next league match will be against the high-flying Bloemfontein Celtic on October 3, while Arrows will welcome Chippa United in KwaMashu on Saturday afternoon in what should surely be a must-win match for Clinton Larsen’s side after two narrow successive defeats.