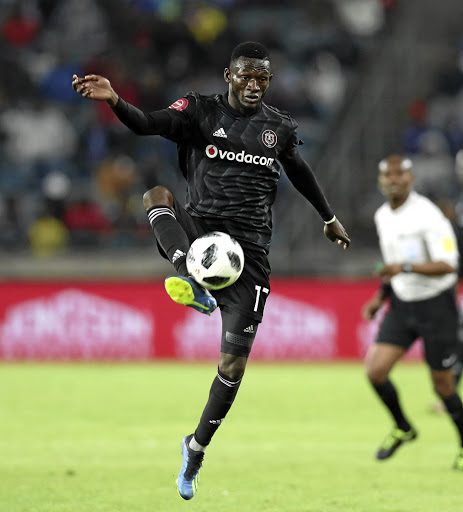 You'd write off Cape Town City at your peril for their Absa Premiership clash against Orlando Pirates tonight [7.30pm].

The Citizens meet the Buccaneers at Orlando Stadium on the back of contrasting results for the two sides at the weekend.

While Benni McCarthy's charges were put to the sword by Kaizer Chiefs at Cape Town Stadium, where they lost 4-1, Pirates recorded a 3-1 win over their hoodoo side, SuperSport United, in Soweto.

City may be low on confidence, and to make matters worse, they will be missing their rock-solid centre-back Taariq Fielies, but they can count on their recent form against their hosts.

In matches played this year, City beat Pirates 1-0 in a Nedbank Cup last 16 outing played in the Mother City in March, and they won again with the same score-line when they met in the league, also in City's backyard, the following month.

City's Ayanda Patosi was the key man in both encounters, scoring the winner on each occasion, and Bucs defenders will do well to keep an eye on him despite the fact that he's not really been at his best this season.

Meanwhile, Pirates are high in confidence after their win against Matsatsantsa, but their mentor Micho Sredojevic has warned against taking City lightly despite their heavy defeat to Chiefs.

The Serbian emphasised that the MTN8 finalists will be no pushovers.

Sredojevic is still without striker Thamsanqa Gabuza, who was given his marching orders in their 2-1 win over Black Leopards last month.

But Pirates also have their own key men with the likes of midfielder Xola Mlambo on song at the moment.

Zambian forward Augustine Mulenga also contributed two assists in their win over SuperSport and will be one of the players to watch.