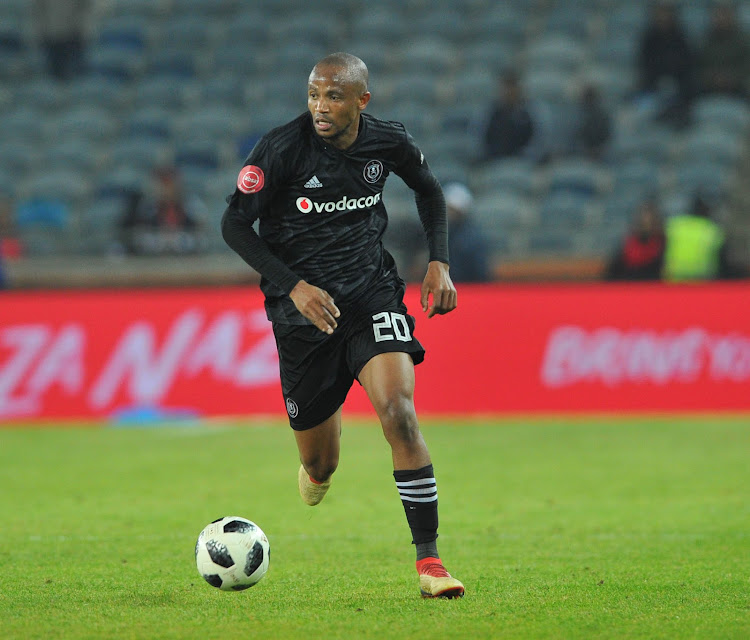 Orlando Pirates coach Milutin Sredojevic has echoed the sentiment of his assistant‚ Rulani Mokwena‚ that Bucs’ Xola Mlambo is one of the best midfielders in the country right now.

Mokwena said two weeks ago that in-form‚ skilful‚ physical and dynamic Mlambo is the best midfielder in the country on current form.

Following a second Absa Premiership victory in succession on Saturday night‚ and Bucs' first against SuperSport United in 10 games going back to April 2015‚ at Orlando Stadium on Saturday night‚ Sredojevic too sang man-of-the-match Mlambo’s praises.

“I want to congratulate Xola Mlambo on another top-class performance that goes in line with what my brother Rulani mentioned to you that we believe he is in the top three midfielders in the country‚” Sredojevic said.

“And he’s showing match by match that he is the real backbone of our team.

“I wish for him to continue playing the same way‚ being a role model and positive example to others‚ and at the same time growing in confidence and showing that he’s a real pillar of the team.”

Sredojevic is wary of a City who will not want to go into the MTN8 final at Moses Mabhida Stadium on September 29 – their following game – on the back of two defeats.

“We have the highest degree of respect for coach Benni McCarthy‚ who has a wonderful team who have proved themselves by ejecting Mamelodi Sundowns to reach the MTN8 final‚” Bucs’ coach said.

“We know that we are playing against a competitive team who want to use the game against us to gain the form that will enable them to go all-out for the final in Durban.

“On the wings of confidence‚ not carried away by our win against SuperSport‚ we know we need to expose City’s weaknesses and close their strong points.

"We need full understanding that the way football rewarded us for the hard work of our players‚ it can also bite us back.”

Third-placed Pirates have started with three wins and a draw from six PSL matches. City have won just once‚ drawn twice and lost twice from five to languish in 12th position.