Steve Komphela thanks critics for good run at Celtic 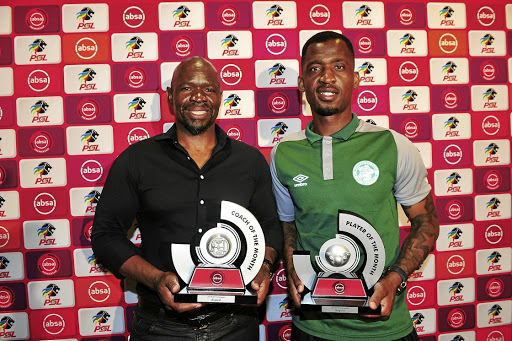 Bloemfontein Celtic coach Steve Komphela implied that the tribulations he went through last season at Kaizer Chiefs, when the fans turned against him, have made him a better tactician.

Komphela unceremoniously parted ways with Chiefs in April after fans went on the rampage at the Moses Mabhida Stadium following their 2-0 loss to Free State Stars in the Nedbank Cup.

As the old adage goes; "you can't keep a good man down", and Komphela was soon back in the coaching fray when Celtic appointed him in June.

"At the back of great tragedy lies wonderful opportunity. the more problems you get, the better you become," Komphela said.

The 51-year-old's brilliant start at Phunya Sele Sele was capped off yesterday when he won the PSL coach of the month award for August, while defender Alfred Ndengane took the player of the month.

The Kroonstad-born boss made a plea to South African fans to stand behind Bafana Bafana coach Stuart Baxter - someone who is feeling the kind of heat Komphela felt earlier in the year.

"Let's help Stuart, he is not handling something small, it's a big elephant," he said.

Celtic are second on the log with 13 points from five games. Komphela, though, is not getting carried away.

"There are still 25 matches to go and nothing is achieved yet. We are professionals, nothing excites us, nothing depresses us, and we are robotic," he said.

When he took on the job, the club was up for sale while the players went on strike twice for unpaid salaries.

He concedes that the players have shown tremendous character to honour their games despite the struggles.

"There are things we cannot share with you [the media] that we have to deal with as professionals but our main priority is to reflect well with the team."