Dream come through for young player after winning Pirates contract 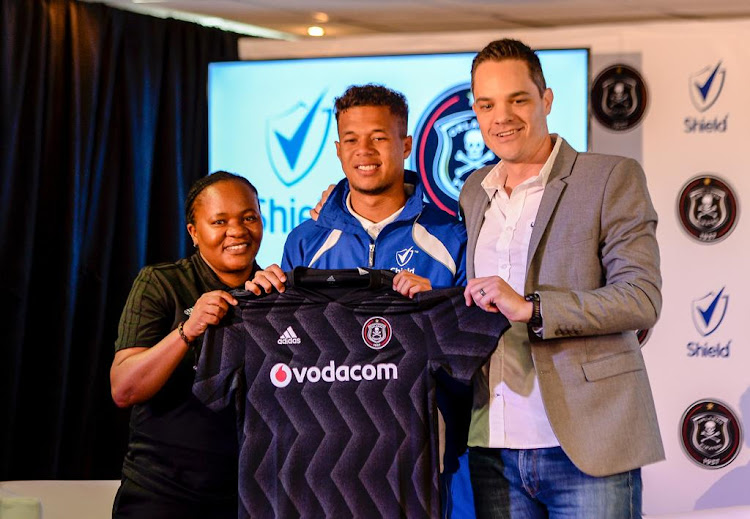 Durban-born youngster Ryan Adams was declared the winner of Shield's Sbonisi’Diski Campaign and has earned himself a contract with the Orlando Pirates Multichoice Diski Challenge team.

The 20-year-old Adams fought off serious competition from Johannesburg's Thulo Tibatsi and Cape Town's Joshua Roman for the prize.

The trio were picked from a series of trials that took place in Johannesburg‚ Durban‚ Cape Town‚ Bloemfontein and Pretoria where just over 600 players were whittled down to just 25 over the course of the trials.

Tibatsi‚ who said he didn't have money to go to trials while also losing his boots in the process‚ Roman and Adams also had to go through an intense training programme at the High Performance Centre in Tshwane that was facilitated by coaches from English Premiership club Chelsea and Orlando Pirates Diski challenge coaches.

The three also took part in a week-long training experience with the London-based English top-flight club.

An emotional Adams‚ who matriculated from Fairvale Secondary School in Wentworth in Durban in 2015‚ said he was grateful for the Pirates opportunity.

Adams‚ a versatile defender‚ came through the Golden Arrows junior structures but had to quit football in his matric year to focus on his studies.

“You have to ask the coaches what made me stand out from the various trials because just being in the Top 25 made me very happy‚" Adams said.

"When I received a call that said I'm going to be in the Top three that was going to travel to the United Kingdom‚ I couldn't believe it.

"It's a dream come true for me and for me to win this Pirates contract‚ I want to thank everyone who was involved in this process.”