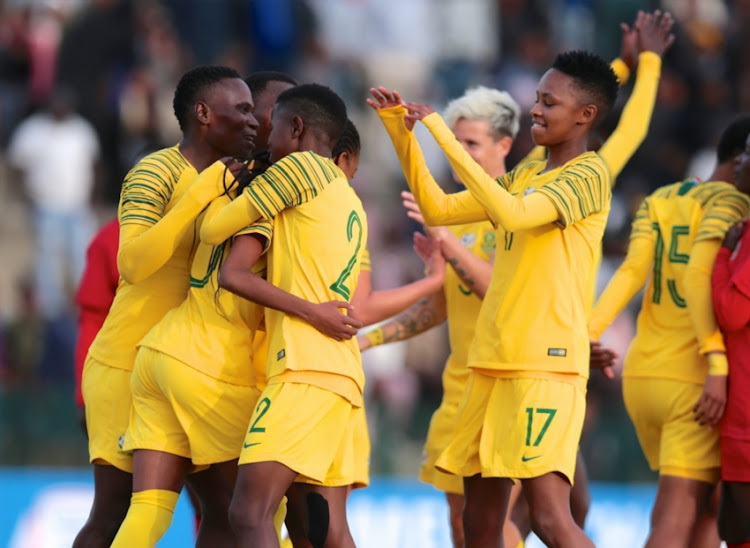 Banyana Banyana’s emphatic 6-0 hammering of Malawi on Monday showed all their quality as an attacking threat‚ but a greater challenge awaits them in the semi-finals of the 2018 COSAFA Women’s Championship when they clash with East African guest nation Uganda.

South Africa are the defending champions in the competition and along with fellow African Women’s Championship qualifiers Zambia and Cameroon‚ are favourites to take the title.

But Uganda showed their mettle with a 2-1 victory over Zimbabwe to reach the Last 4 and Banyana skipper Janine van Wyk knows they will present a challenge in the semi-finals on Thursday.

"Any opponent that we play will come out against Banyana and give their best‚” Van Wyk said.

“We need to be aware of that‚ but also focus on ourselves. They are obviously going to analyse us too and focus on our weaknesses and try and prevent us from scoring goals.

"We need to be prepared for anything that comes our way. Coach [Desiree Ellis] will prepare us well for Uganda‚ show us their strengths and weaknesses‚ and we just need to come out and perform. If we do that we could be one step ahead of them.

"We have played our style‚ which is to keep the ball on the ground‚ go forward and play as a team. We are in it to win it‚ not for ourselves‚ but as a team.”

While retaining the COSAFA trophy would be a boost‚ Van Wyk admits that the big prize is qualifying for the 2019 FIFA Women’s World Cup in France next year.

To do that they must finish in the top three at the African Women’s Championship in Ghana in November.

"Before our first game against Madagascar I had a word with the team and a told them that this is where it starts‚ our preparation for the World Cup‚” Van Wyk said.

"Yes‚ we are defending champions in this tournament‚ but we need to start looking at the bigger picture and that is the World Cup. If we start winning here and getting a winning mentality will help us get to where we want to.

"We all need to feel that fire and that burning desire to play at the World Cup‚ especially having had many opportunities to get to there in the past and failed.

"But it is time for this country and this team‚ Banyana Banyana‚ to get to the World Cup. We are always working hard at training because of our end goal‚ who is to see ourselves in France."