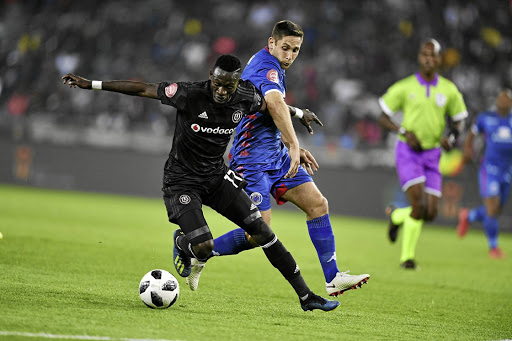 SuperSport United skipper Dean Furman has urged his teammates not to get ahead of themselves as their MTN8 final showdown with Cape Town City draws closer with each passing day.

Matsatsantsa a Pitori have vowed not to lose sight of their league campaign despite having one eye on the R8-million cup final in Durban on September 29.

Their league run suffered a blow after they went down 3-1 at the hands of Orlando Pirates on Saturday night.

Over recent years, SuperSport have dominated the Buccaneers, but this time they were handed their first loss since 2015.

The Bafana Bafana holding midfielder wants his team to bounce back against Black Leopards at the Lucas Moripe Stadium on Sunday.

"We have had a good start to the season and we are in a cup final, but we have an important home game next week before thinking about the cup final," Furman said.

"Up next is a huge game against Leopards. This season we have league aspirations."

The former Doncaster Rovers player was left disappointed that they couldn't impose themselves on Pirates.

"We have enjoyed our run but they're a good team, you can't beat them every time."

SuperSport's rookie coach Kaitano Tembo will know that he won't be judged solely by the results from matches against giants like Pirates, but it is the scalp of their next opponents that is most sought.

The expectation from his employers will be for his team to beat Lidoda Duvha.

Tembo admitted that maximum points will be a must.

"At home I expect a better performance."