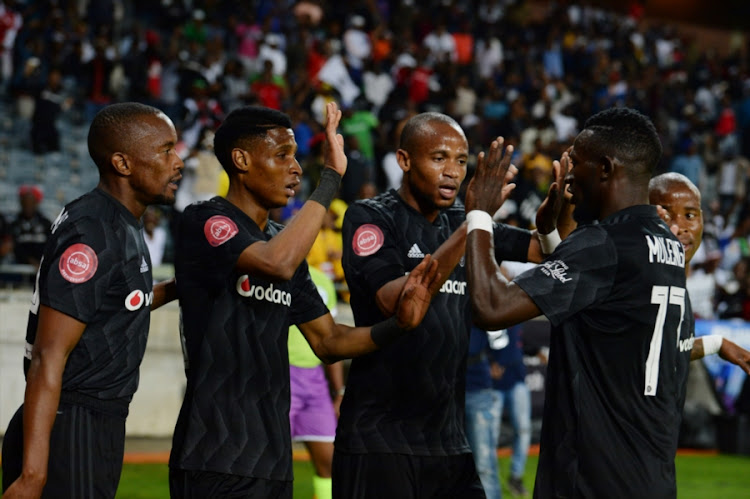 Orlando Pirates appeared to allow ghosts of the past to haunt them letting SuperSport United back into the game, but then firmly exorcised their demons with two late goals in Saturday night's 3-1 Absa Premiership humbling of Matsatsantsa.

The shadow of SuperSport’s 6-1 humiliation of Pirates at Mbombela Stadium that ended Muhsin Ertugral's tenure and destroyed their 2016-17 season had appeared to continue to hang over Bucs.

Since then they had not beaten Matsatsansa, until Saturday night.

This season Matsatsantsa eliminated Pirates on penalties in the MTN8. In fact, one had to go back 10 games, to April 2015, for Bucs' last win against the men from Pretoria, 4-1 in a PSL game at Orlando.

SuperSport – who have continued on to MTN8 final, and won four out of three in the league – have changed little in structure under Kaitano Tembo.

They still have their midfield three of Dean Furman, Reneilwe Letsholonyane and Teboho Mokoena, and the front three of Thuso Phala, Bradley Grobler and Evans Rusike – and are hard to break down and dangerous on the counter.

Against such a team, and given their recent history against them, Pirates had to work hard for their slender half-time lead.

Bucs did enough through the hard work of their midfield of Motshwari, Xola Mlambo and Linda Mntambo, and dangerous running of Pule and the destructive Zambian Augustine Mulenga, to grind out a single-goal lead by the break.

They opened the scoring when, from a good buildup, Mulenga was played down the left and crossed to find Pule free of his markers, who expertly nodded his second of the season past Ronwen Williams.

Pirates, playing a little deep in the second half, brought on right-back Diamond Thopola for forward Paseka Mako, aiming to close up shop at 1-0 in the 65th.

It was a conservative move, and Tembo responded bringing on forward James Keene for midfielder Teboho Mokoena.

The substitutions might have had some impact in SuperSport finding some forward momentum.

Maphosa Modiba produced a fine piece of skill and beautiful cross from the left to find the outsretched leg of Khumalo to stab in a volleyed equaliser at the far post.

Bucs had to react again with a substitute, Lorch replacing Mntambo in the 76th.

Mlambo teed up Lorch six minutes later, who rolled in from the edge of the area.

Pirates earned a third for an ultimately convincing win when Dean Furman gave the ball away for Mulenga to run down the right and square to Motshwari. His shot was saved by Williams, the midfielder chesting in the rebound.

The SA Football Association (Safa) have released a statement firmly reminding the National Soccer League (NSL) who is boss over the issue of a new ...
Sport
3 years ago

Premier Soccer League (PSL) referees are set to wear the new OUTsurance branded kits on Saturday‚ as the PSL’s headline sponsors moved to distance ...
Sport
3 years ago
Next Article