AmaZulu out to capitalise on vulnerable Sundowns in Durban 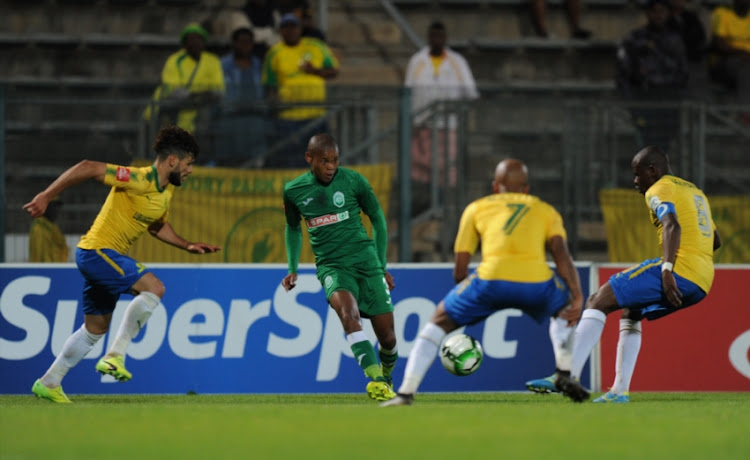 AmaZulu FC striker Mhlengi Cele is hoping his club will capitalise on the recent poor results of Mamelodi Sundowns when the two clubs meet at the King Zwelithini Stadium in Durban on Sunday.

Cele was Usuthu’s top scorer with eight league goals last season and feels that maintaining their 100% home form against the Brazilians will help AmaZulu in their ambition to finish in the top eight this season.

AmaZulu have shown decent form playing four league matches so far‚ winning two at the Umlazi venue and losing two away‚ against SuperSport United and the last one against Bidvest Wits.

“The Sundowns match will be tougher but there’s no pressure on our side because we haven’t dropped a point in Umlazi‚” said Cele‚ who has scored one goal this season.

“If you look at Sundowns’ form‚ in their last two league matches they didn’t win. So we want to use that to our advantage because they are under pressure.

“Sundowns will come to us desperate for a win. They will make a lot mistakes‚ which we should capitalise on in order to win this match.”

Despite his form of last season‚ Cele has not started all the matches this season‚ with coach Cavin Johnson having strengthened the team’s striking force and preferring to use the striker as an impact player in some matches.

Cele will have added competition in the team with Bongi Ntuli having returned on loan to the club and hoping to make his first start this season against his the club who own him‚ Sundowns‚ on Sunday.

“The increase in the number of strikers is good for the team and competition. It means the chairman is pushing the team to win more games‚” Cele said.

“This season I want to score as many goals even though I can’t say how many because there’s a lot that can happen during the season with injuries and all.

“But what I can promise is that there’s a lot of good things I will do for my team.

“I believe we are capable of winning at least one trophy if I look at the strength of the squad we have. We are also very capable of finishing inside the top eight.”