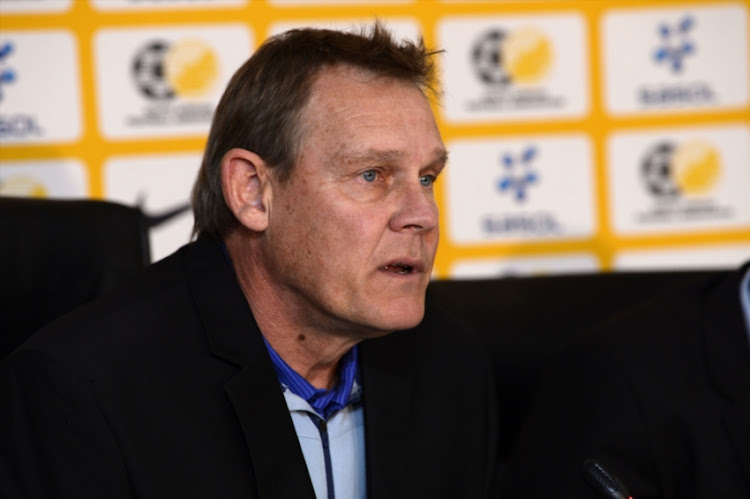 Former Bafana Bafana captain Neil Tovey has blamed Absa premiership teams for the national team's chronic failure to find the back of the net.

South African Football Association’s technical director Neil Tovey has blamed the poor attacking tactical approach applied by many teams in the PSL for Bafana Bafana’s bluntness in front of goals.

The South African Football Association’s technical director weighed in on the continuing debate about Bafana's failure in front of goal after coach Stuart Baxter's charges were held to potentially costly goalless draw against Libya in an African Nations Cup qualifier at Moses Mabhida Stadium in Durban at the weekend.

“Bafana’s draw against Libya is the microcosm of our game at the moment‚” reasoned Tovey as he attempted to defend Baxter after the poor result.

“It’s not about Baxter to just click his fingers and to suddenly come up with a recipe for striker to score goals.

“The current situation is a microcosm of our players that are playing in the PSL at the moment unfortunately.”

Tovey made it clear that he wasn’t impressed with many premiership clubs‚ saying that most of them are hesitant to put numbers inside the box when they attack.

“I want to ask you‚ when you do your own analysis of the next PSL game‚ look at how many teams are adding more than two players to the box when the ball is put into the box‚" he said.

“I guarantee you that you won’t come up with more than two players.

"When you look at the top teams in the world they put more than four or five players into the box and two or three outside the box.

“It’s funny then how the ball starts dropping into those players and they start scoring goals. That’s the major problem (with our football).

"I guarantee you‚ you will really have a rude awakening.”

Asked what he is doing as Safa’s technical director to remedy the situation‚ Tovey said: “We are there in the development programmes trying to put systems in place.

"We are working on that.

"We can only do what we can in only putting the programmes in place for coaches to have a look and it’s been done with our coaching schedules.

"If you get told to do that and you don’t do it as a player then it’s a big problem.”