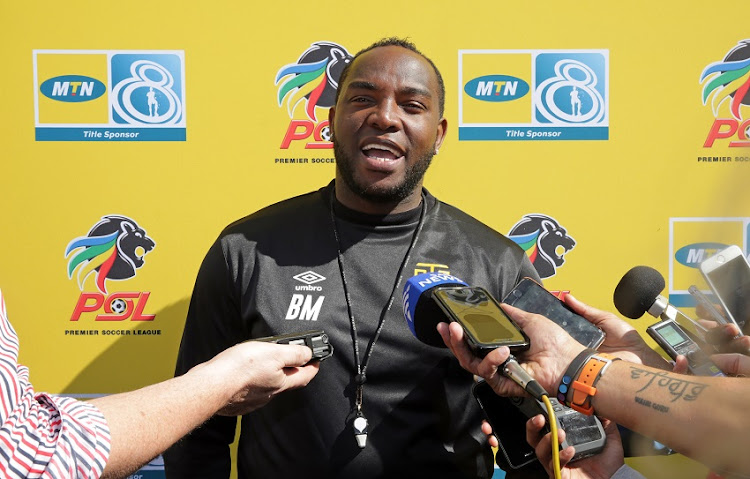 Former Bafana Bafana striker Benni McCarthy says the best players are not being selected for national duty at the moment.

Coach Stuart Baxter's charges sparked furious debate after blowing a chance to top Group E of the 2019 Africa Cup of Nations qualifiers after being held to a goalless draw at Moses Mabhida Stadium in Durban last weekend.

While McCarthy was at pains to avoid coming across as criticising Baxter‚ he said the bottom line is that the Briton needs help in putting together a competitive squad.

“Are we really picking the best players that we have available? That is my question‚” said the Cape Town City coach this week.

“I’m tired also‚ because after Saturday I thought‚ ‘hey‚ there we go again no Afcon for us’.

"Not doubting the players‚ but we just made it difficult for ourselves now‚ because if you don’t win your home games‚ [playing] away from home is not gonna be easy you know and we have Nigeria coming [for the return leg].

"They're gonna want to overturn us beating them there and if that doesn’t go our way‚ then what do we do?

“Again‚ we [would] watch on our TVs and SuperSport gathers all the legends or all the ex players to come and commentate on the African Nations Cup without Bafana.”

Libya remain on top with four points on goal difference after two matches‚ ahead of Bafana who have the same number of points.

Nigeria are third with three points‚ with Seychelles at the basement with no point.

The top two will qualify for the tournament to be hosted by Cameroon.

“I think they have to maybe even go to the extent where they help coach Stuart you know‚ because he can’t be eyes on every game‚" McCarthy said.

"Go and watch there to see what players are on form‚ you understand‚" McCarthy said.

“It’s not a job for one man. I think he needs help from coaches in the league to identify players that are on form.

"And I'm not too sure if that was our best XI that was put out.

"I'm not too sure and maybe the coach [Baxter] would disagree with me from what he's seen that week at training.”

Bafana’s next qualifier is against Seychelles at home next month.