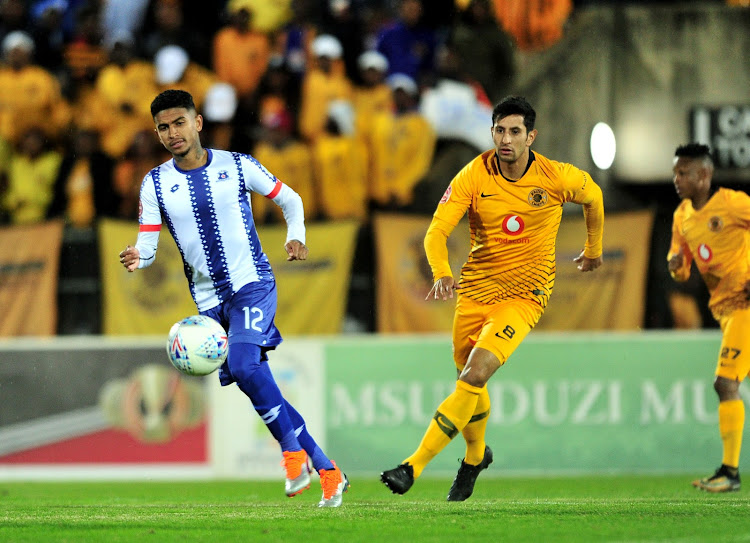 Maritzburg United have suffered a setback ahead of their crucial Absa Premiership match at home against log leaders Bidvest Wits in Pitermaritzburg on Saturday.

Creative midfielder Keagan Buchanan suffered an injury at training and he will be ruled out of action for at least until next year‚ coach Fadlu Davids said on Wednesday.

"It happened at training‚ will have a scan today to determine extent of the injury‚” said Davids ahead of the visit of Wits at Harry Gwala Stadium on Saturday afternoon (kickoff at 6pm).

“But it's definitely an ACL‚ maybe not a complete rupture‚ either grade 2 or 3‚ which will put him out for a couple of months.”

The Team of Choice are one of four clubs who are yet to win a league match and they are languishing second from bottom on the log table with just a point from their opening three matches.

The 26-year-old attacking midfielder joined Maritzburg as a free agent from Kaizer Chiefs at the beginning of the season‚ where he failed to make his mark as injuries derailed his progression at Naturena.

However‚ Davids is pleased to welcome back one of his midfielder workhorses in Fortune Makaringe‚ who makes a return from a suspension and is expected to feature in the team to face off against Wits‚ who have won four out of their five league matches to sit pretty at the top with 12 points.

United have not played a match in almost a full month since their goalless draw at home to Kaizer Chiefs and coach Davids says the long break due to the international Fifa break could not have come at a better time for his team.

"I think the long break came as a blessing in disguise. It gave us more time to prepare ourselves for upcoming games and to also work on what we have not been doing well and improve on what we have been doing right‚” said Davids.