PSL goalkeeper has his eye set on owning a law firm 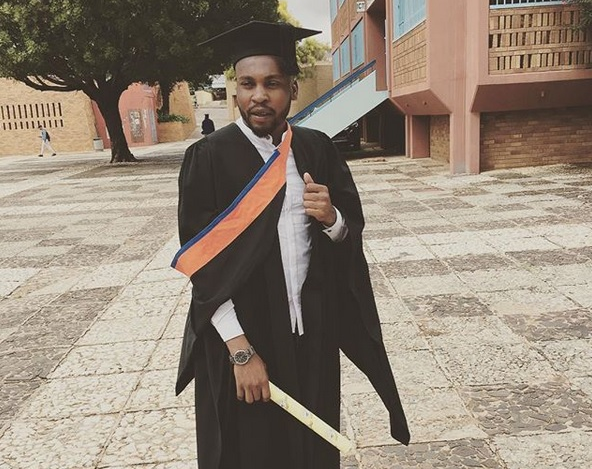 For Polokwane City goalkeeper Harold Ndlovu‚ the journey towards fulfilling his childhood dream is within touching distance after completing an honours degree in Information Science.

The 27-year-old Phalaborwa-born star told SowetanLIVE that he has his eye set on owning a law firm in the future and he said he owes his academic progress to football.

"Football has changed my life in so many ways and I was able to complete my first degree (Information Science) through my talent‚" he said.

"I understand that it is a very short career and it dearly needs one with a mind to invest in education in order to have a decent life after football.

"It is not all of us who will be fortunate enough and make millions to last us forever in this game."

Ndlovu‚ who made his football professional debut at 24‚ said his intention is to start a law firm and influence other soccer players.

The difference between me and you, I never look for excuses, I see great things where you see hardships, I don’t limit myself nor doubt my ability to do great and amazing things. I am fueled by My living God’s spirit..... # God Is Still Able👏🏾.

The player is one of few local footballers who are taking their studies seriously and he said his plan is to convince his colleagues to also invest in education.

"I want to have my own law firm and again I’m trying to instil the mentality of making education important in my lifetime‚" he said.

"Football allowed me to study and finish my first degree and now I’m still trying to ensure that I get my second degree (LLB degree)‚ and I am going to make it happen.

"My childhood background is my everyday motivation and I am motivated to study because I have a new perspective on life and football."

Ndlovu started playing soccer at the age of eight at Makhoma Runners development team in Limpopo and he does not intend to stop anytime soon.

"Since then my life has had direction and I made it a point to continue studying because I’ve told myself that I never want to go through the hardships I went through before‚" he said.

Ndlovu was motivated by the challenging circumstances of his upbringing and he said this led to him investing on his personal growth through academic achievements.

"I remember the year before I got my PSL breakthrough‚ things were really tense and very hectic at home‚ " he said.

"I had no one supporting me financially and at that time the only option I had was to quit school and go back home.

"And that affected my life at varsity because I had to hustle and grind for me to stay at school and study further.

"I had to endure and let my faith guide me each day.

"I had a support from the University of Limpopo sports administration until 31st July 2015 where I was fortunate enough to sign for Polokwane City FC after being promoted from Polokwane City's youth development team."