Bafana coach Baxter not impressed with Strasbourg over Mothiba's injury 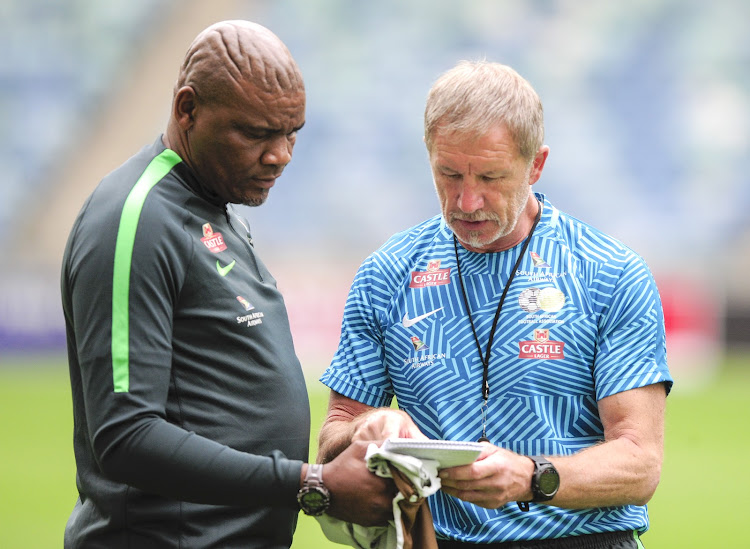 Stuart Baxter has said he is not happy with the level and quickness of communication he received from Strasbourg over Lebogang Mothiba's injury.

Mothiba had to withdraw from SA's squad for Saturday's 2019 Africa Cup of Nations (Afcon) qualifier against Libya at Moses Mabhida Stadium because of a hamstring tear.

Baxter‚ who had earlier said he might report Strasbourg to Fifa‚ said it took three days for a scan to arrive confirming Mothiba's injury.

"We talk about Lebo Mothiba's team‚ we got an email from them saying that they objected to the complaints that we made‚" said Baxter ahead of his team's final training session in Durban on Friday.

"But the truth is that we had Amiens calling us and SMSing us during the game [against St Etienne on Sunday] when Bongani Zungu was injured‚ and directly we had a letter from their doctor.

"We had to wait three days before we even got to a doctor from Strasbourg.

"Lebo was not here and we had only one contact from the club secretary saying that Lebo couldn't come because he had a physical problem.

"We didn't know what that problem was. Three days later we actually got a scan.

"I'm questioning the way that was done. And they can question possibly what we did.

"But I think in terms of going forward we need to have that relationship with every club - that we are given respect‚ that we are trying to do a job here.

"And not just that they have just bought a player for a lot of money and he's their property. He's not. He's our player as well."

Mothiba was signed by Strasbourg last week from fellow Ligue 1 team Lille for a reported R135m.

Kamohelo Mokotjo almost permanently seems to be on the verge of a Bafana Bafana breakthrough.
Sport
3 years ago

The furore over Stuart Baxter appointing his son to Bafana Bafana this week could have been avoided had the coach finalised his technical team the ...
Sport
3 years ago
Next Article