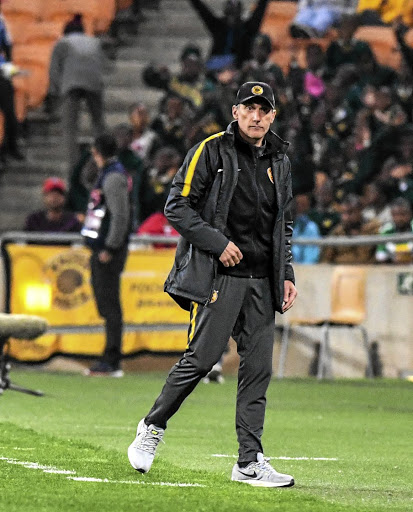 Kaizer Chiefs coach Giovanni Solinas will use the next week and a half as a mini pre-season, with the Italian having not had a proper preparation period prior to the start of the 2018/19 campaign.

Solinas was appointed as Chiefs boss on July 14 but only officially started his work three days before the start of the season on August 4 when he received his work permit.

The 50-year-old has 14 days between their last game against SuperSport in the MTN8 last weekend and their next one on September 15 against Cape Town City in the league.

The lack of a pre-season may be a contributing factor to Amakhosi's worst start ever in the PSL era with no win, four draws and one loss in the PSL.

This is a chance for the club to hit the reset button after a heavy fixture schedule of eight games in 25 days which led to Solinas famously saying his players were not "robots".

Chiefs' spokesperson Vina Maphosa admits that the Fifa break provides the coach with an opportunity to further implement his philosophy.

"It's a welcome period for any coach. We are just happy that we had eight games in the last month so the players will refresh and the coach will have a chance to do certain things he couldn't do," Maphosa said.

"Of course, we look forward to utilising it to our advantage and return from the break and start picking up points. It is a blessing for the part of fixture congestion we experienced before the break."

The technical team will have an almost full squad complement over the coming days with only Itumeleng Khune, Ramahlwe Mphahlele (both Bafana Bafana), Teenage Hadebe, Khama Billiat (both Zimbabwe) and Virgil Vries (Namibia) on duty with their national teams.