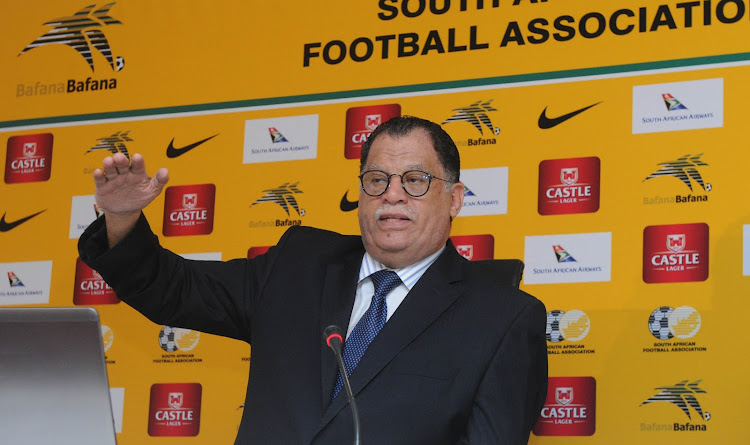 Bafana Bafana's 2019 Africa Cup of Nations qualifier against Libya will be broadcast on SABC on Saturday after the cash-strapped public broadcaster finally caved under considerable pressure on Thursday and agreed to pay a portion of the R50-million they owe to the South African Football Association (Safa).

Safa announced on Thursday afternoon that they have amicably resolved the issues around the broadcast of the match after issuing the SABC with an ultimatum to either pay a third of the R50-million they owe from the previous contract between the two parties or face a blackout.

“We are pleased to announce that we have resolved the outstanding issues and I would like to thank the SABC in making sure that the nation will watch their favourite sport on the national broadcaster‚” said Safa president Danny Jordaan said.

“I would also like to thank the Ministries of Sport and Recreation SA and Communications for working hard to resolve this matter."

Jordaan met members of the SABC board on Wednesday night in a bid to find common ground as the two parties do not have a contractual agreement in place after their last deal ended in April.

But common ground could not be found‚ with the standoff spilling over into Thursday.

Communications minister Nomvula Mokonyane and Sports Minister Thokozile Xasa stepped into the fray when the game faced the very real possibility of not being broadcast on both radio and television.

The two parties have had a standoff for months and a new contract is yet to be signed‚ mainly due to the financial crisis at the cash-strapped broadcaster.

Minister Mokonyane confirmed this week that Treasury has allowed the SABC to take on more debt to ease its current financial woes.

Safa officials had said they wanted certain guarantees before the game could be broadcast as the broke public broadcaster has failed to honour its financial obligations for several months.

The match which kicks off at 15h00 will be televised live on SABC 1.