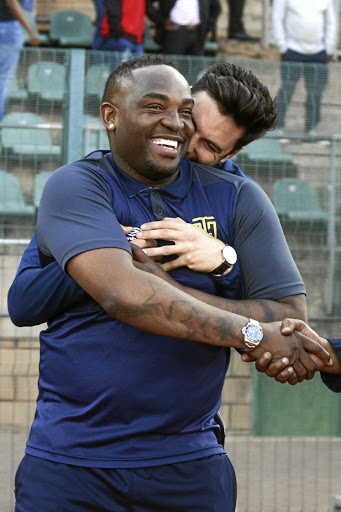 In the history of the MTN8 there have been at least four teams that have suffered two consecutive cup final losses.

This is something that Cape Town City coach Benni McCarthy will be hoping to avoid when his side takes on SuperSport United in the decider on September 29 at a venue still to be announced.

Last year, the Citizens went down 4-2 on penalties to the same Matsatsantsa side in the final at Moses Mabhida Stadium in Durban.

"I'm pretty sure lightning doesn't strike twice, so it's going to be a completely different game of football," said McCarthy at Lucas Moripe Stadium, where his side knocked out Mamelodi Sundowns in the semifinals via a penalty shootout at the weekend.

If McCarthy had checked the history books, he would have found that lightning does strike twice, at least in the Wafa Wafa competition.

Bafana Bafana's all-time leading goalscorer still insisted that the Mother City club will be up to the task this time around.

"We will both go for it, so it's going to be a good final, irrespective of the fact that it's a repeat," McCarthy said.

"We will give it a good go and I don't think I want to put myself through another penalty shootout because it's the worst thing ever. So I'm hoping the final don't go to penalties."

Meanwhile, McCarthy is looking forward to working with his new striker, Tokelo Rantie, who has penned a three-year deal with City.

"My main priority is to get him fit as soon as possible; to work him because I know when he gets going, then good luck to the rest of the league," he added.