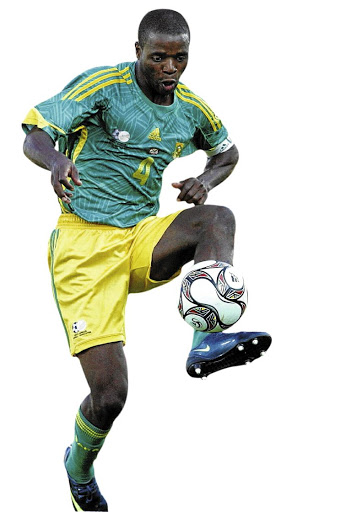 Former Bafana Bafana captain Aaron "Mbazo" Mokoena has thrown his weight behind Stuart Baxter amid the Briton's pressure to qualify for the Africa Cup of Nations (Afcon), to be hosted by Cameroon in June next year.

Baxter is under immense strain to qualify for Afcon after failing to propel Bafana to the World Cup in Russia. Mokoena has urged SA to support the national team mentor, saying he's still the right man for the job.

"People must just support Baxter. I have no doubt that he will take us to the next Afcon. He is still the suitable man to lead Bafana and the only thing that can help is to support him," Mokoena said at the Flava Yase Kasi Tournament in Pimville's Nike Centre last week.

"I know that we should have qualified for the World Cup but we did not. What is important now is to take lessons from that and use them to go forward. Baxter proved himself at Chiefs and SuperSport [by winning trophies] that he has a winning mentality."

Bafana are in the driving seat in Group E after beating Nigeria 2-0 away in their opening fixture of the qualifiers in June last year. In their second group match, Baxter's troops face Libya at Moses Mabhida Stadium (3pm).

"I hope Baxter did enough study and analyses on Libya. North Africans like to be physical and the only weapon for us is skill. We need skilful players who will not be scared to take Libyan defence on. A player like Percy Tau will be vital there," stated Mokoena, who is the only player to reach over 100 Bafana caps.