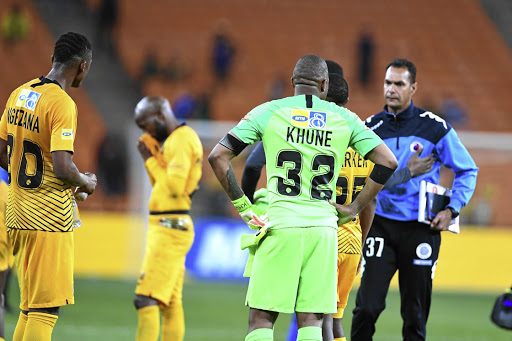 After crashing out of the MTN8 at the hands of SuperSport United in the semifinals on Saturday, it now goes without saying that Kaizer Chiefs coach Giovanni Solinas must start delivering if he is to see out his two-year deal at Naturena.

To make matters worse, Solinas is still winless in the league after five matches with four draws and a defeat. The Italian mentor would have hoped to stamp his authority at the Soweto heavyweights by clinching the MTN8, but Bradley Grobler's three goals over two legs ended his wishes.

Amid the heightening pressure, Solinas has, again, asked for patience and time to instil his philosophy in the team.

The former Free State Stars coach was disappointed by their elimination but insisted that "the best Kaizer Chiefs is coming".

"I have been here for a month and a half. I am disappointed because we lost an opportunity to win a trophy but we need time. I am sure that you have not seen the best of Kaizer Chiefs, the best Kaizer Chiefs is coming," promised Solinas.

The Amakhosi tactician was aware of the club fans' frustration. He aims to utilise the Fifa break to help players like new signing Lebohang Manyama gain full fitness.

"I understand the situation that our fans are not happy about the results. It is a difficult moment. This Fifa break is a good opportunity. We will work on getting players fit. People like Lebo will benefit from this break," noted Solinas.

In his eight matches in charge of Chiefs, it has been apparent that Solinas is still experimenting with his combinations and has not established his best starting line-up, especially his back-four.

In his very first match at Amakhosi, a league opener against Mamelodi Sundowns early last month, Solinas opted for Daniel Cardoso and Mulomowandau Mathoho as his central defensive pairing, but in the following matches he dropped Mathoho for Siyabonga Ngezana.

Cardoso himself was chopped for Teenage Hadebe against SuperSport at the weekend. Solinas also overlooked Siphosakhe Ntiya-Ntiya, for the first time this season, for newcomer Godfrey Walusimbi in the left-back.