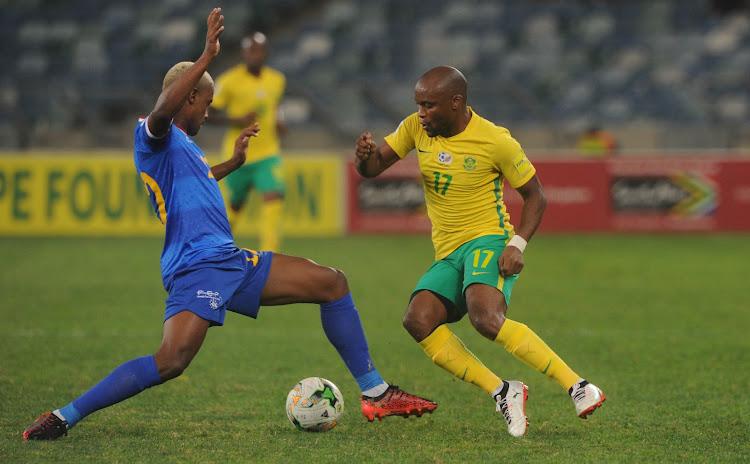 The signing of 27-year-old forward Rantie from Genclerbirligi in Turkey completes a largely torrid period for the striker in six-and-a-half years spent in Europe.

It also again signals the intent of Benni McCarthy’s City‚ who have made characteristically ambitious signings ahead of the 2018-19 season.

Rantie’s acquisition by City‚ and Mamelodi Sundowns snatching up Phakamani Mahlambi from Al Ahly‚ were the two coup signings made ahead of the midnight deadline on the window’s Friday night closing.

Orlando Pirates also transferred their Ghanaian forward Bernard Morrison‚ who arrived with much fanfare in July 2016 but has largely disappointed at the Buccaneers‚ to Democratic Republic of Congo club DC Motema Pembe.

Morrison returns to the DRC having joined Pirates from AS Vita Club.

Reports are that Dax’s previous club‚ Fosa Juniors‚ are taking their fight to be compensated for the player to Fifa.

Chiefs say they signed Dax believing there was no need to negotiate with Fosa because they are an amateur club who had no formal contract with the player.

The forward – capable of massive destruction with his pace‚ but who in Europe was let down by his at times wild finishing skills and could go for months without scoring goals – will take some time to reach match fitness having not played for 10 months at Genclerbirligi.

Sundowns are believed to have paid $900‚000 (R13.2-million) for Mahlambi. Of Ahly’s income‚ $400‚000 (R5.9m) must apparently be paid to his first professional club‚ Bidvest Wits‚ as a sell-on fee from the Clever Boys’ contract with the Egyptian club.

That would mean Ahly‚ who bought Mahlambi for a reported 1.3-million (R21.5m)‚ could have lost up as much as R8m on the deal.

However the Egyptian giants have apparently agreed a sell-on fee of their own should Downs sell the player‚ which is how Ahly expect to recoup their costs on the player.

Bafana international speedster Mahlambi (20) had been training alone at Ahly having requested a transfer‚ citing lack of game time. This despite Ahly having stated their intention to keep the forward based on injuries they have received recently.

He had struggled for match time in his lone season in Cairo since his signing from Wits in September last year‚ with 12 league games and one goal for Ahly in 2017-18.

Mamelodi Sundowns have announced the signing of Phakamani Mahlambi from Al Ahly on the final night of the Premier Soccer League transfer window.
Sport
3 years ago

Bafana Bafana have a coach‚ Stuart Baxter. What most people don’t know is that South African football’s “super-fans” – the No.1 club and national ...
Sport
3 years ago
Next Article