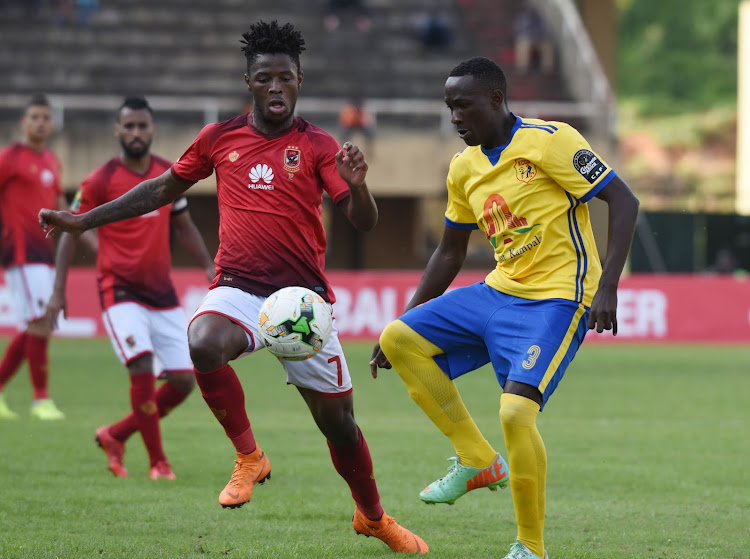 With just days to end of the transfer window‚ Mamelodi Sundowns’ bid to entice Phakamani Mahlambi to the club remain the subject of intense negotiations with‚ ironically‚ his former club Bidvest Wits at the heart of the matter.

Sundowns are trying to buy the prodigy from Egypt’s Al-Ahly but are only offering in the region of US$800‚000 (R11.3-million)‚ according to sources.

That would represent a major financial loss for Ahly‚ who paid €1.3-million (R21.5-million) to Wits for his services 12 months ago.

Given that Mahlambi has not settled in Cairo‚ failed to make the expected impact and already put in a transfer request‚ Ahly might be tempted to cut their losses‚ but not to that extent.

Plus‚ they must pay Wits a sell-on fee of €400 000 (R6.6-million) for any sale of the player‚ irrespective of where he goes or how much they receive for him.

Ahly want Wits to waiver this but the Johannesburg club are allegedly not budging‚ and neither are they likely to either.

They anticipated that when they sold Mahlambi he would go on and do well at Ahly and be re-sold to Europe‚ so they worked into the original deal the minimum payment of €400 000 as part of Mahlambi’s next transfer.

It means that Mahlambi effectively must be sold for €1‚7-million (R28-million) if he does move for Ahly to break even on the deal.

If Ahly accept Sundowns’ offer and pay Wits‚ it would effectively mean they lose more than €1-million (R16.55-million) on the deal.

Officials from all three clubs refused to comment to SowetanLIVE‚ but agents are reportedly working hard to try and get the deal over the line before Friday’s deadline.

Sundowns coach Pitso Mosimane has made no secret of his admiration for Mahlambi’s talent and has been open on the club’s readiness to bring him on board.

“I see Phakamani following the route of a 20-year-old in Bongani Zungu‚ who we signed and went to Europe‚” Mosimane said recently.

“We had a 20-year-old we signed in Keagan Dolly who went to Europe. The youngster Percy Tau‚ I think we had him from when he was a 17-year-old‚ he went to Europe.

“It makes sense. We like him but probably we can’t afford him‚” Mosimane said‚ in reference perhaps to Ahly holding out for a higher offer given their commitments to Wits.

Sundowns do have some cash to work with after the sale of Percy Tau to Brighton & Hove Albion for a reported €3.2-million (R53-million)‚ though some of that has already been spent to lure Venezuelan forward Jose Ali Meza to Chloorkop.