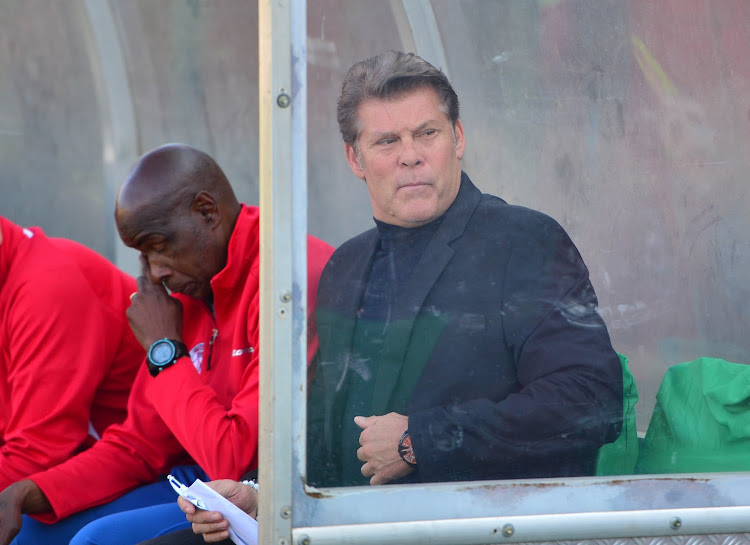 Free State Stars coach Luc Eymael has been charged by the Premier Soccer League for failing to attend a post-match interview at in an Absa Premiership game at King Zwelithini Stadium.

The outspoken coach will appear before the Premier Soccer League Disciplinary Committee next week Tuesday.

A PSL statement on Tuesday afternoon read: "The Free State Stars coach has been charged with contravening the NSL Compliance Manual (Media Manual) after he failed to attend a post-match press conference/ mixed zone after the Absa Premiership fixture between Free State Stars FC and AmaZulu FC on 19 August 2018 in Durban.

The 58-year-old Belgian last week defended his failure to show up at a mandatory post-match press conference after his team’s 2-1 league defeat to AmaZulu in Durban a week ago.

Eymael told SowetanLIVE that he was extremely sick with flu on the day of the match but had nevertheless attempted to speak to the media after the game.

"I went for the TV interview after the match even though I had flu and I didn’t eat on Sunday‚" he said.

"I actually went to the corridors looking for the print media guys but I didn’t see you there.

"So what I had to do? Cry after you or wait for you like a foreman in the corridor?"

The PSL’s statement also outlined other matters that will also appear before the PSL DC.

The PSL said: "The Baroka FC goalkeeper‚ Ayanda Dlamini has been charged with misconduct after he allegedly threw a ball at a member of the youth programme (ball boy) during the Absa Premiership fixture between Baroka FC and Polokwane City on 18 August 2018.

Another issue was for new Chippa United coach Eric Tinkler.

"The Premier Soccer League has called Mr Tinkler to appear in front of the DC for making comments that brought the League into disrepute on 24 February 2018 while he was still coaching SuperSport United FC‚" the PSL stated.

The PSL said: "Following a pitch invasion during their Absa Premiership fixture against Black Leopards in East London on 18 August 2018‚ the Club has been charged with contravening the NSL Security Manual for failing to provide adequate security at a home match.