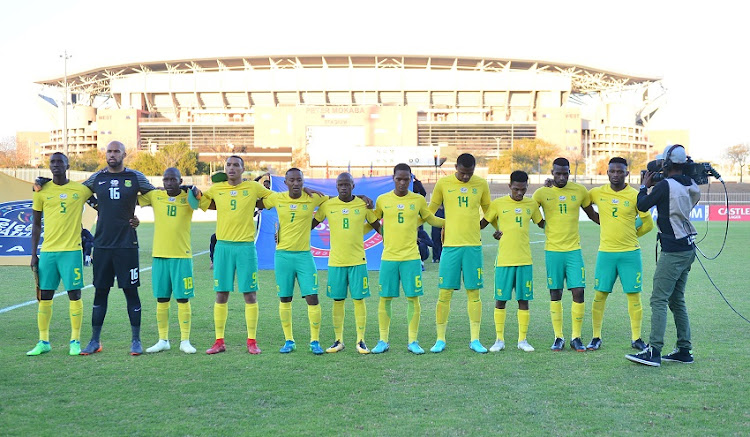 Bafana Bafana players have the tendency to underestimate less-renowned African opponents but coach Stuart Baxter wants that mentality to change in the Africa Cup of Nations qualifier against Libya in Durban.

What will also help Baxter in his quest to prepare well for the qualifier at Moses Mabhida Stadium on Saturday‚ September 8 is to do thorough homework on Libya‚ the team he claims “is more like club team because of a war-torn country that they are from”.

Baxter‚ announcing his squad on Tuesday‚ said of the Libyans‚ who thrashed Seychelles 5-1 in their Group E opening qualifier in June: “They are almost always in camp together affording their coach a lot of time to prepare the team.

“I have seen this team give Morocco a real scare‚ they are a well organised team.

“Maybe not with the household names that Cameroon‚ Senegal or Ivory Coast have‚ but this is a well-aligned team‚ which will present a real challenge for us.

“I would suggest‚ with a little bit of humility‚ that it’s not been a strength of South Africa – to take seriously these countries that on paper are not the greatest on the continent.

“We need to start knowing that names mean nothing anymore‚ but performances mean something.

“We have got to try and make sure that we give the sort of performance that will give us the three points. This is certainly a Libyan team that is capable.”

Baxter’s claim that the Libyans are almost constantly in camp due to the civil war-ravaged conditions in their country would do well to take into account that not all their players are based at home.

The North Africans’ squad boasts players playing for teams like Raja Casablanca in Morocco‚ Vitoria S.C. B and Chavez in Portugal and Orlando City in Major Soccer League in the USA.

Although the players of Libyan club Al-Ahli Tripoli dominate the Libyan squad‚ coming to South Africa all will not be well in the camp of the Mediterranean Knights.

Ahli Tripoli players did not travel with the team to a camp in Cairo‚ Egypt on Friday when Belgian-Algerian coach Adel Amrouche (50) left with the squad to prepare for their encounter against South Africa.

“Al-Ahli Tripoli players refrained from the camp in Cairo upon instructions by their club administration‚ which was acting in protest of ‘wrongness’ of the Libyan Football Association against Al-Ahli Tripoli club‚” the Libya Observer reported on Sunday.

But even with all that in mind Baxter‚ who was in charged of Bafana when they were embarrassed by minnows Cape Verde with back-to-back defeats in 2018 Fifa World Cup qualifiers‚ stressed that the mentality of his players has to be top notch when they face Libya in Durban.

“The longer we are together in camp‚ hopefully the better we can sort out the issue of how we should gauge our opponents‚” he said.

The Bafana squad will land in Durban on Monday and immediately begin training at their practise base at Princess Magogo Stadium in KwaMashu.