Leopards not fazed by playing Pirates in Polokwane 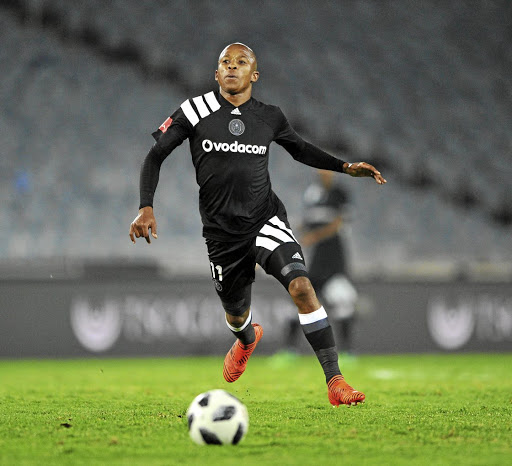 Luvuyo Memela of Pirates could play against Leopards tonight after an injury.
Image: Sydney Mahlangu/ BackpagePix

While conceding they would've loved to host Orlando Pirates at Thohoyandou Stadium, Black Leopards coach Joel Masutha insists they are not moaning about having to play tonight's encounter at Peter Mokaba Stadium instead.

When the PSL approved the Thohoyandou Stadium to host Premiership games on Friday, unconfirmed reports on social media platforms made rounds that Leopards were going to host the Buccaneers in Venda, before the club confirmed that the league turned down their request.

"Thohoyandou is more like our happy hunting ground. We would have loved to play Pirates there. But Polokwane is also our home. We cannot moan about not playing Pirates in Venda. We are ready to face them wherever," the Lidoda Duvha coach said.

The Leopards mentor has promised that they will fight Pirates with everything they have. They are unbeaten in their three opening fixtures, with a win and two draws. Masutha feels their promising start to the campaign has boosted their confidence.

"What I can promise is that these boys will play with no fear. We will fight with everything we have. Having not lost so far helps us a lot. It makes the boys believe and it has boosted our morale.

"Fortunately, we have an injury-free squad. The boys are in good spirit. We are playing a big team so everyone wants to play. That makes my job easier because I can see the hunger in players," said Masutha.

Leopards aim to have a solid first round of the season. Masutha thinks it is very important to collect as many points as possible early because the second round is never easy. "The second round is very difficult," noted Masutha.

Pirates have been boosted by the return to full fitness of Luvuyo Memela and Thabo Qalinge, which could mean coach Micho Sredojevic will shuffle his line-up yet again.