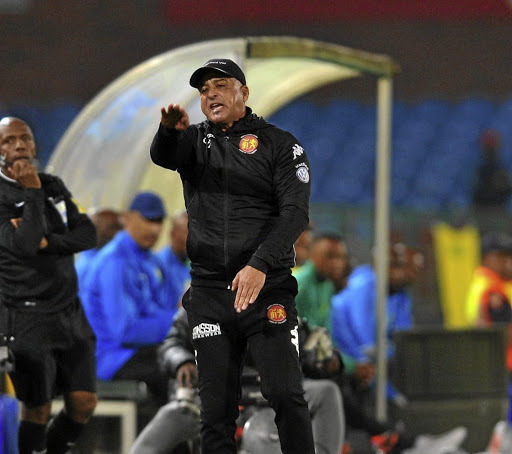 A journey of a thousand miles begins with one step.

That is how Highlands Park head coach Owen da Gama sees the future of the Lions of the North, who are still without victory since making their return to top-flight football.

Highlands have drawn all three of their Absa Premiership matches thus far.

Da Gama - who ended his playing career due to a serious knee injury while with Dynamos, with whom he won the John Players Special Cup in 1990 - will travel to Polokwane on Wednesday where Highlands will meet Baroka.

Baroka are an already structured team within the Premiership. They are coming off a 2-0 defeat to Polokwane City.

Da Gama described his opponents as a "very good team" and is well aware of the pressure of having to face them in their backyard.

Like any other football coach, the 57-year-old astute mentor is optimistic that his players will register their first win.

"We've got to allow players to settle in the PSL but that must happen as soon as possible. Look, all the teams we've played as well were structured, and I can tell you that the boys are getting better and better," he said.

"We played Orlando Pirates and had no single shot at goals. We scored two goals against Leopards and that was improvement.

"We had seven shots at goals against Sundowns. This shows that we are getting there and we will get there. We've got to start somewhere."