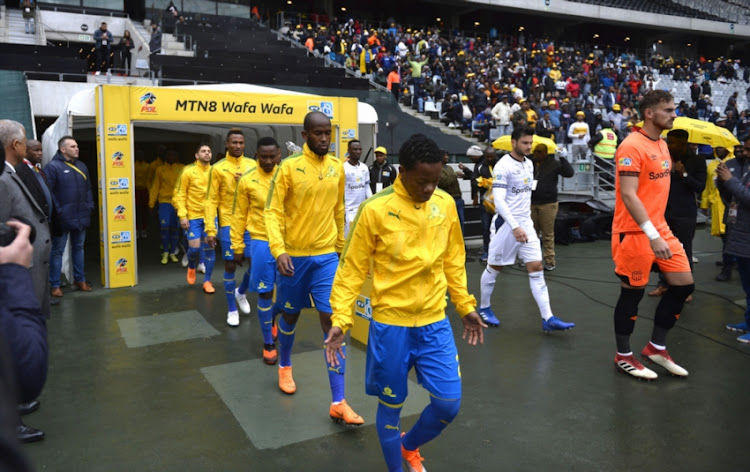 The last Group C game for Pitso Mosimane’s team is a must-win affair for the South African champions.

A simple 1-0 or any margin of victory in Atteridgeville will be enough for Sundowns to advance to the quarter-finals stage on the head-to-head rule over the Guinea club‚ who begin the match three points ahead of Sundowns on the standings.

But any other outcome except a win will see Sundowns eliminated and effectively waste the considerable investment in players that the club made since the last August transfer window in 2017 in order to strengthen their squad for the continental campaign.

“Can we beat Horoya‚” asked Mosimane at the weekend after his club went through a third successive match without scoring.

“Will it be easy? No. Do we have the team to beat Horoya? Yes. You know that in Pretoria the goal is coming. Twenty minutes‚ it’s there. It might not be 20 minutes‚ but in the end we must win‚ hey?

“When we played the Togo team it was win at all costs‚ if we lost we were out. And I think you know the score at half-time.”

Sundowns were 2-0 up against AS Port Lome of Togo within 15 minutes of their match at the Lucas Moripe Stadium one month ago although in the end were unable to add to the quick goals scored and won 2-1.

If they win‚ Sundowns will finish second in the group‚ behind holders Wydad Casablanca of Morocco‚ and go into the draw next week to find out who they are playing.

It will be one of the four group winners‚ likely Al Ahly of Egypt‚ TP Mazembe of the Democratic Republic of Congo or Etoile Sahel of Tunisia.