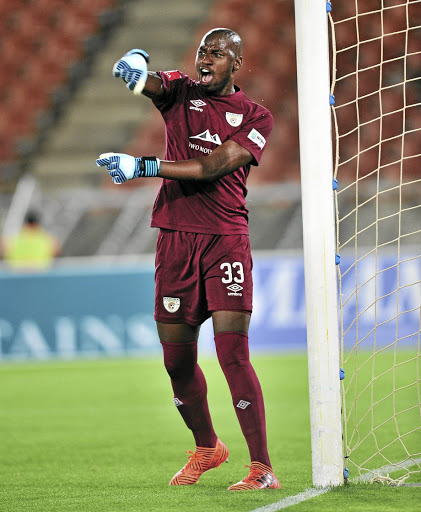 Limpopo side Baroka will teach their goalkeeper Ayanda Dlamini a lesson for abusing a ball boy, but are not out to destroy him.

Dlamini is in hot water for throwing a ball at the boy at Peter Mokaba Stadium when they lost 2-0 to Polokwane City last weekend.

Sowetan has learnt that Dlamini's sanction could be a fine and the club's chief executive, Morgan Mammila, dropped a hint along those lines in our interview with him yesterday.

"It's an internal matter. He apologised to us as a team and we also sent a letter of apology to the Premier Soccer League [PSL]," Mammila said.

"This is not us and that's not how we operate. The rest, we will deal with it internally.

"We are not here to break him, we are here to build him. But surely we will look at what's good for the benefit of the team," he continued.

"One thing I can tell you is that this is not a dismissal offence. It's just to reprimand him. We can't dismiss him, but if he keeps on doing it we will have a problem," Mammila warned.

Dlamini, 26, has already apologised for the incident and assured the nation it will never happen again in a video that was tweeted by the club.

Shaku and Masuluke both publicly apologised and now play for Witbank Spurs and TS Sporting respectively in the National First Division.