‘Are you surprised with Chippa?’ says Sundowns boss Mosimane 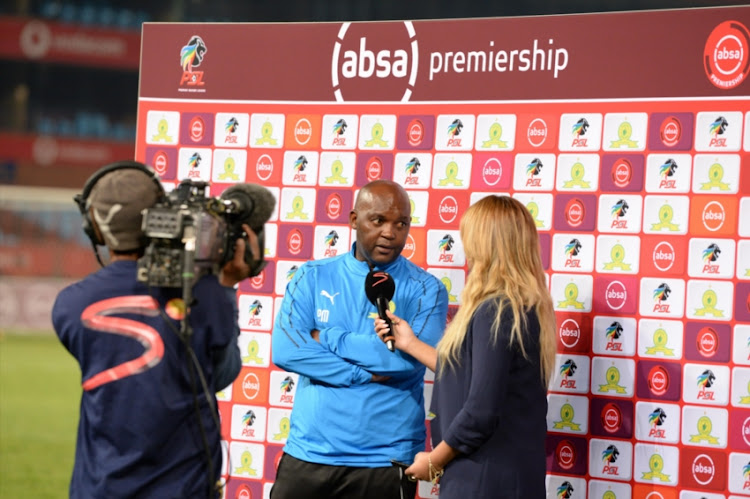 Mamelodi Sundowns coach Pitso Mosimane has said that he feels Dan Malesela‚ who was fired after three games this week‚ deserved more time as coach of Chippa United.

Mosimane‚ speaking after his 10-man Sundowns were held to a Absa Premiership 0-0 draw against Highlands Park at Loftus Versfeld on Wednesday night‚ reiterated his past comments that for black coaches‚ the guillotine is always too close to their necks.

“One of the black coaches is gone‚ hey. I spoke about it remember. Yeah‚ shame‚ it’s sad‚ but are you surprised with Chippa? There’s no news there guys‚” Mosimane said.

“We don’t have patience and I think you know Dan is a good coach‚ hey. But it’s the way it is with local black coaches.”

Highlands coach Owen da Gama said that agreed with Mosimane‚ and said that he is happy to work for a club who respect coaches.

“Well‚ I’m not at liberty to speak about other teams and if I think it’s wrong‚ but I just think it’s a shame when coaches are not given enough time to settle down and to make sure their players understand the gameplan‚” Da Gama responded.

“They simply don’t respect coaches. I still believe that Dan should have been given a little bit more time.”

“I work for a company that supports you as much as they can‚ so I mean at the end of the day if I fail‚ I fail. It’s as simple as that‚ but I don’t fear anything.”