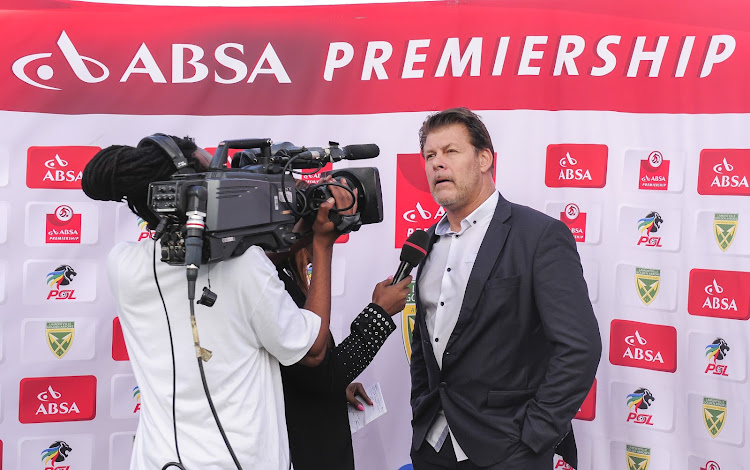 Free State Stars coach Luc Eymael has defended his failure to show up at a mandatory post-match press conference after his team’s 2-1 league defeat to AmaZulu in Durban on Sunday.

Eymael told SowetanLive on Wednesday that he was extremely sick with flu on the day of the match but had nevertheless attempted to speak to the media after the game.

The outspoken coach added that he was being targeted because he’s a foreign coach.

“I went for the TV interview after the match even though I had flu and I didn’t eat on Sunday‚" he said.

“I had to coach my team because I’m professional.

“I actually went to the corridors looking for the print media guys but I didn’t see you there.

“So what I had to do? Cry after you or wait for you like a foreman in the corridor?

“Why people were not there. It’s no incident. I did nothing wrong. I was sick and you can hear my voice even now that I’m not 100% well.

“I only started training today (Wednesday) because I was sick‚ so for two days I couldn’t attend the training.

“If there was a press conference room I should have been informed but no one did.

“I’m sorry that nobody informed me that there was a press conference room where the journalists were waiting for me.

“But for me to wait in the corridors for you‚ I can’t because I was sick. I had 39 degrees temperature.

“From Sunday I stayed home in my bed with electrical blankets and I only returned today (Wednesday) to training and my voice is still not ok."

But the Belgian’s explanation does not correspond with the version given by his assistant David Vilakazi‚ who had to face the print media after Eymael's sudden disappearance from the Umlazi venue after Ea Lla Koto’s second away defeat of the season.

“I don’t know whether he was not informed that he must come for the media interviews here‚” said Vilakazi when asked about Eymael’s whereabouts on Sunday.

“I was also surprised when I was called to come in his place. I thought he was still around."

"It is an obligation to do them (post match interviews)‚ however‚ I do not have all the facts at the moment and we will investigate further‚" September said on Monday.

The controversial coach said he’s always been open to discussions with the media but he was now thinking about cutting it down because “some people don’t show respect for me as a person”.

“I’m not the guy who doesn’t like to talk to the journalists but you journalists always try to put me down‚" he said.

“I’m feeling that way because when it’s other coaches‚ local coaches‚ there are no stories. That’s my feeling.

“I didn’t tell the PSL that I was sick because no one from the league has contacted me.

"But nobody informed me that there was a press conference room after the game.”