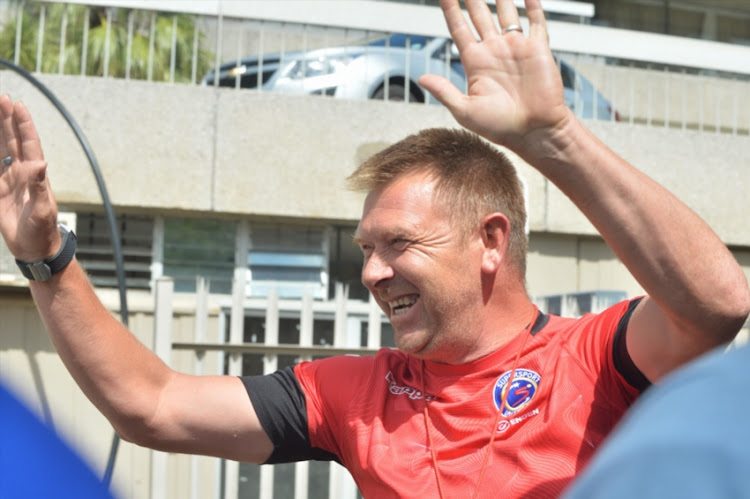 Eric Tinkler has been named as the new coach at Chippa United just hours after the Port Elizabeth-based club showed  Dan Malesela the door.

“Chippa United hereby confirm that it has parted ways with head coach Dan Malesela‚” Mzini said in the statement.

“The club would like to thank coach Dan for his contribution to the club over the past and current season and wish him the best with his future endeavours.

“The club furthermore wishes to confirm the appointment of Eric Tinkler.

"No stranger to the premiership‚ coach Tinkler and has had an illustrious career at the helm of top clubs‚ including Orlando Pirates‚ Cape Town City‚ and SuperSport United‚ achieving several milestones‚ including guiding both Pirates and SuperSport to Confederations finals and leading the Citizens to a Telkom Knockout Cup title plus third-place finish in the league in the 2016/17 season.

“The club believes that his proven abilities fit in perfectly its objectives and wish him every success in the Eastern Cape."

Tinkler has a penned a one-year contract with an option to renew and will start with immediate effect.

Rumours of Malesela’s demise surfaced on Tuesday evening and by Wednesday morning Malesela had confirmed he had been sent packing by Mpengesi for the second time.

The Chilli Boys have failed to win a game in their first three Absa Premiership starts this season‚ stumbling to two defeats and a draw.

Notorious for his impatience with coaches‚ the results were enough to trigger Mpengesi’s itchy finger for the umpteenth time in United’s short history.

Chippa’s next game is away to SuperSport United‚ one of the three clubs Tinker has previously coached‚ next Wednesday.