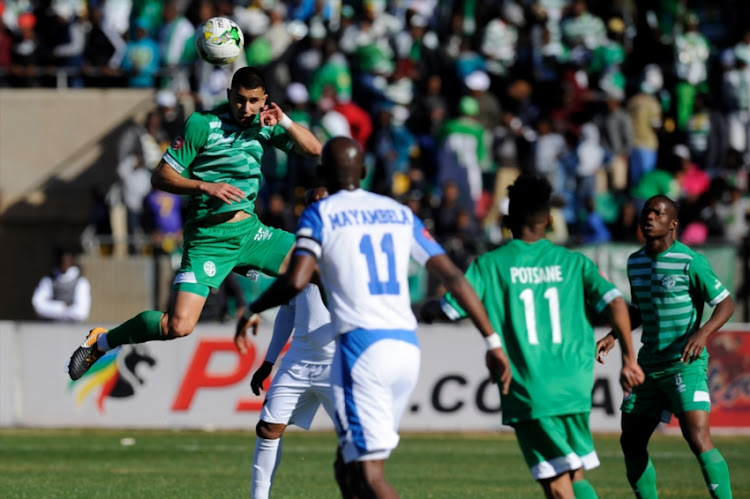 Bloemfontein Celtic coach Steve Komphela is taking his team’s flying start of three wins from three in the Absa Premiership in his stride‚ and says he’s mainly pleased that his players seem to be “having fun”.

Komphela’s start at Celtic‚ with a third straight win beating Orlando Pirates 1-0 at Free State Stadium on Sunday‚ has been one of the talking points of the beginning of the PSL season.

The coach who left Kaizer Chiefs under a storm cloud in April – resigning following a violent pitch invasion at Moses Mabhida Stadium after a Nedbank Cup semifinal loss against Free State Stars – has a perfect record of three wins‚ five goals scored‚ none conceded.

It stands in contrast to Chiefs‚ who under new coach Giovanni Solinas have begun with one win in five league and cup games.

“We are delighted with the results.

"The most important thing in the PSL is getting these three points‚” Komphela said in understated fashion after the win against Pirates.

“But again‚ it gives confidence and belief to the team and then there’s going to be faith.

“So that's all we enjoy. Three points‚ three out of three‚ clean sheets‚ they [my players] are having fun. And we’re moving on.”

Celtic started 2018-19 with two 2-0 league wins at home against Chippa United and away against Lamontville Golden Arrows.

On his team’s clean sheet in the goals conceded column‚ Komphela said: “It talks to the discipline in defence. And our defence starts from attack.

“Because most people think that defenders are the ones defending. No. Individuals defend‚ groups defend‚ the team defends.

“But all those start from attacking. Now when you attack you are set up already to defend. And when you defend you must know that you have to come out.

“So I think my players are controlling the phases of the match quite well.”

What makes Komphela’s early success at a debt-ridden Celtic more remarkable is that he arrived in the preseason at a club up for sale and with players on strike having not been paid.

After three wins‚ Komphela says his players can prepare for their next match‚ when the coach makes his return to meet Chiefs at FNB Stadium next Wednesday (August 29)‚ in a buoyant mood.

“I think the preparations will go down much better. It’s on the back of three points so it’s going to be sweet‚” Komphela said.

“Hopefully a plus is that they are going to forget about the sweetness and focus on the match.”