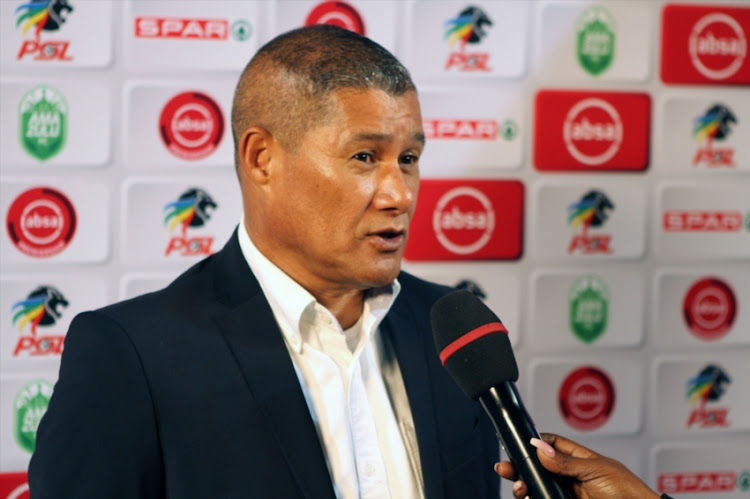 AmaZulu coach Cavin Johnson is relieved that his Argentine striker Emiliano “Silent Killer” Tade managed to find the back of the net for the first time in their 2-1 home win over Free State Stars at the weekend.

The victory propelled Usuthu to third position on the Absa Premiership table after playing three league matches and Johnson sees Tade playing a greater role in his quest to keep his side in the top half of the table.

“That’s the quality that we brought Emiliano to South Africa for‚” said Johnson of the 30-year-old player they signed in July from the New Zealand club‚ Auckland City.

“If he does this all the times we know that he has the calm and the technique.

“He doesn’t pack a powerful shot like 150miles an hour. He doesn’t have that.

“But in football you don’t (always) need that. If you have the calm‚ technique‚ you’ll put in goals like that.”

The goal that Tade scored was crucial in bringing Usuthu back into a game they looked like losing a grip on after falling behind through an own goal from skipper Mbongeni Gumede in the 5th minute of the game.

The Argentine’s striker equalised early in the second period with a clinical shot that hit the roof of the net after combining well with his teammates inside the Stars danger area.

Now Johnson hopes his team will maintain their form in the next away match against Bidvest Wits on August 29.

More importantly for Johnson will be to fulfil the club’s mission to start collecting points away from home after they suffered a 1-0 loss to SuperSport United in their second league game of the season.

“We played a game against SuperSport the other day and I don’t think we should have lost it.

"We should have at least come back with a point.

“But against Stars we showed that we have the quality and we just need to find ways to use it appropriately.

"We should be a lot more calm on the ball and allow the opposition to look for the ball.”