Willard Katsande says 'all is not lost' at struggling Kaizer Chiefs 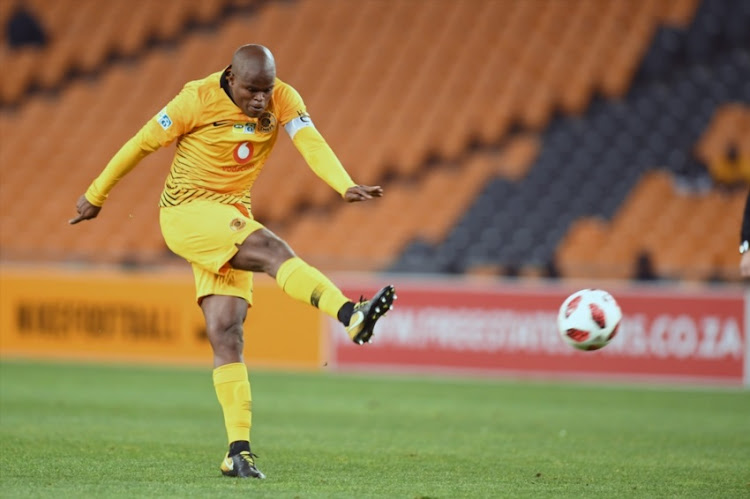 Skipper Willard Katsande says “all is not lost” at struggling Kaizer Chiefs and told his teammates to look forward rather than brood over a poor start to the new season for the glamour club.

“I believe in the process‚" he said of Chiefs’ dismal start which has seen them fail to win in the first four league games but get through to the MTN8 semifinals.

"We have been playing some good football but in a couple of the games we’ve conceded some soft goals.”

Katsande hailed a first clean sheet in the league against Maritzburg United on Friday‚ adding that finishing had to be sharpened.

“Going forward we need to work on our execution and be more clinical in front of goal‚" he said.

“All is not lost.

"We know that there is pressure out there (from supporters) but we can only affect the future.

"Whatever happened yesterday‚ we don’t have power to fix it.

“It’s a question of rectifying one or two things.

"We managed to create a lot of chances against Maritzburg and we must see that as a positive as a plus.

"If we were not getting into the final third then we’d be facing a big mountain to climb. We are getting there‚ we just need that finishing‚ those final touches.

“I think with time and sticking to the process it will come right.”

Katsande added that often in this situation it boiled down to mental strength.

“Teams will go out there in a bid to frustrate you so it’s up to you how you help add mental strength to the young boys‚ how you help them to stay focused and keep on performing‚" he said.

“The journey in the league is not a straight road.

"There are some curves and humps. It’s how you overcome them that is important.

“I think we are in a good process‚ you can see the younger players are enjoying their football but to win matches you need to score goals.

"We just need to motivate the players not to let their heads go down.

"We must lift our heads and things will come right.

“Once we’ve scored a few goals‚ it will change and then we’ll be talking a different story‚” said the Zimbabwe international.

Chiefs are away in Atteridgeville on Sunday against SuperSport United in the first leg of the MTN8 semi-final.