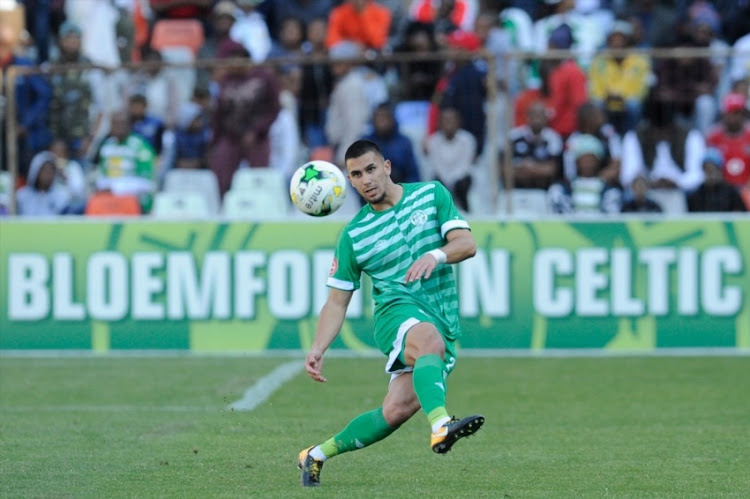 Kaizer Chiefs are hoping to have Lorenzo Gordinho back this week and ironically could line him up for the first time after his loan against Bloemfontein Celtic in their Premier Soccer League encounter next week.

Chiefs last week requested that Celtic send back the defender to Naturena‚ cutting short the terms of his loan spell at Celtic‚ which started in January.

Chiefs officials have told SowetanLIVE they expect talks to be concluded and Gordinho back this week.

But it will likely come too late for him to play against SuperSport United in the first leg of the MTN8 semi-final.

Instead he could mark his return against Celtic at Soccer City next Wednesday‚ although there is a chance that part of the deal to allow him to go back early to Chiefs precludes him from participating in that match.

Chiefs coach Giovanni Solinas did not want to discuss Gordinho’s return until the player has officially reported for duty at Naturena.

“I don’t want speak too much about Lorenzo Gordinho because at the moment he is not a Kaizer Chiefs player‚” the Italian mentor said.

But then he added: “I can say only one thing: I like Lorenzo Gordinho‚ for me he’s a very good player but at the moment he’s a Celtic player.

“I don’t want to say much because I respect Celtic and l also respect Steve Komphela’s job.

"For me‚ he’s a very good player but the two clubs are talking and I don’t know more.

“I hope for a positive decision because in my opinion Lorenzo Gordinho can help our team a lot.”

Gordinho has featured for Celtic in their 100 percent start to the new season and played on Sunday in the 1-0 home victory over Orlando Pirates.