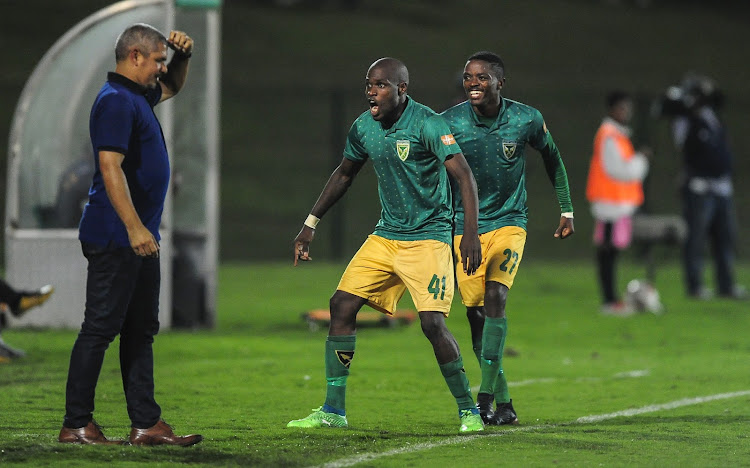 Lamontville Golden Arrows coach Clinton Larsen says he is focused on developing young players from the club’s successful MultiChoice Diski Challenge side rather than bringing in individuals from outside of the team as he looks back at past success for inspiration.

Larsen believes he can be successful with the current crop of young stars‚ just as he was at Bloemfontein Celtic in the 2012/13 season when he took the Free State side to fifth in the league with an inexperienced group.

“I did it at Celtic when we finished fifth and also had youngsters like Lerato Manzini‚ Lyle Lakay‚ Keagan Buchanan … we had all these babies playing‚” Larsen says.

“There is a long-term plan at the club [Golden Arrows]. We are still in the process of building with a lot of our players that we are trying to promote from our Diski team.

“We have seen that with [Nkosinathi] Sibisi and [Sibusiso] Conco‚ who have come in. [Velemseni] Ndwandwe‚ who is currently injured‚ is another who came in last season and played most of the games.

Larsen admits that a youth policy will perhaps lead to missed opportunities this season‚ but adds it is important for the long-term health of the Durban club.

“We think it is going to take some time‚ but you know we are selfish as coaches‚ we want it to happen overnight.

"We know it is not going to though.

“But we are a very patient club. I am very fortunate in that my boss [Mato Madlala] understands our limitations as a club and she is very supportive in terms of us giving these young players a chance.

“Sometimes it is going to come at the expense of losing matches‚ but in the long-term it is going to be beneficial for the club if we keep blooding these young players.

“Every pre-season we talk about the same thing‚ that there will be injuries and suspensions‚ and that the young kids need to train well and grab the opportunity when it comes their way.”

Larsen adds that the young players also bring a hunger and a desire that can be infectious through the team.

“We may not have the talent that other teams do‚ but we have a fighting spirit and some good organisation. There is enough quality in this team for us to be competitive.

“If you keep a team together and work with them‚ you can eventually reap the rewards from it.”

Golden Arrows have four points from their first three league matches‚ holding Cape Town City to a 0-0 draw in the Mother City on Saturday‚ and also lost 2-0 in the quarterfinals of the MTN8 to Mamelodi Sundowns.

Next up for them is a home match against Polokwane City on August 29.