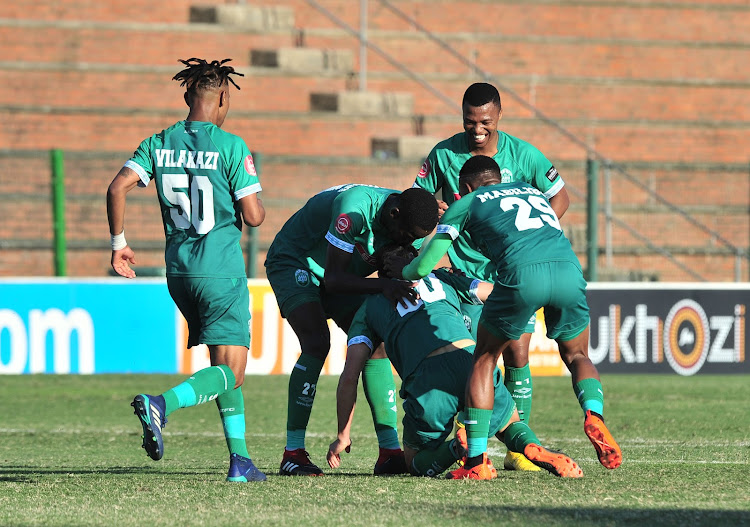 Tade‚ who was listless as all his teammates were in the first stanza of this match‚ saw his brilliant shot kiss the roof of the net in the 53rd minute‚ finishing after a good team build-up around Stars’ danger area.

Tade’s goal gave Stars Rwandan goal minder Olivier Kwizera no chance and his substitute Mhlengi Cele did same with a low close shot two minutes from time to keep Usuthu's 100% home wins from the two league matches they have played here this season.

Cavin Johnson’s side were guilty of giving Stars plenty of room to play in the first 45 minutes but whatever he said to his charges at half-time worked like a charm in the second half.

Johnson’s substitute were also inspired as Siyethemba Sithebe and Somila Ntsundwana also came close to emulating Cele and scoring when they came on for Jabulani Ncubeni and Augustine Ramphela midway through the second half.

Stars looked to have a chance to bag all three points when man-of-the-match AmaZulu goalkeeper Moeneeb Josephs gifted them their lead after failing to deal with Mbongeni Gumede’s harmless back pass in the 5th minute.

Usuthu skipper Gumede was trying to start their attack afresh when he found Josephs out of his position‚ his low back pass resulting in an awful own goal.

The match had started on a snail pace with both sides sizing each other.

It was Stars‚ however‚ who created most of the chances in the opening 45 minutes with Sinethemba Jantjie‚ Sthembiso Dlamini and twin striker Eleazer Rodgers and Congolese Harris Tchilimbou all wasting gilt-edged opportunities to increase their lead.

Tchilimbou‚ in particular‚ was troublesome to the Usuthu defence with his well-timed deep runs and proved his teammates with plenty of chances to score.

Both teams came into this match having had mixed fortunes.

While Usuthu had won their opening league match 1-0 at home against Baroka FC‚ they were not so lucky in their second match to SuperSport as they suffered a 1-0 loss.

It was the other way round for Ea Lla Koto who lost 3-0 in their opening away fixture against Bidvest Wits but bounced back in the second match‚ with goals by Harris Tchilimbou and Goodman Dlamini giving them a 2-1 home victory over Maritzburg United.