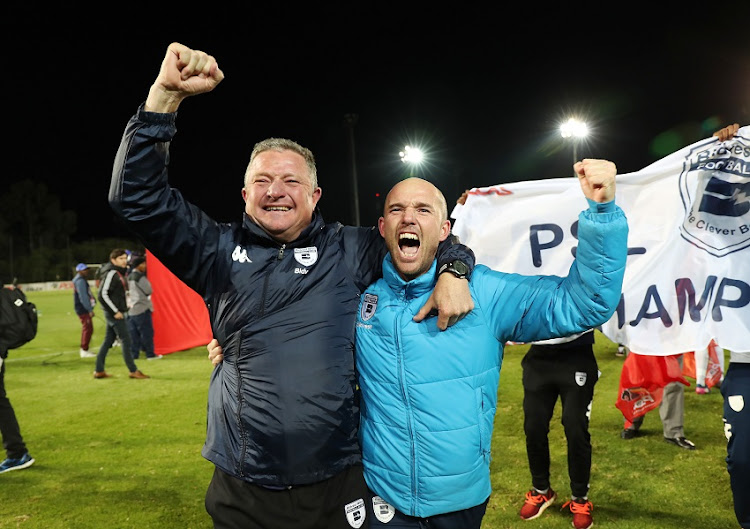 Bidvest Wits’ formula for their new-look combination that has so far been highly promising in the 2018-19 season is simple‚ and so far brutally effective.

Last season’s humiliating 13th place as champions was largely the result of a poor start that just kept snowballing.

This season Wits will aim for a third straight Absa Premiership win when they meet Orlando Pirates at Orlando Stadium on Wednesday night (kickoff 7.30pm)‚ following a 3-0 victory at home against Free State Stars then 3-1 win away against Kaizer Chiefs.

The recipe for six goals in two games has been classically uncomplicated in the mould of coach Gavin Hunt‚ even if he had to sit in the stands serving a suspension from last season.

For a start‚ Hunt has put out the same starting lineup‚ following last season where the restless coach could not settle on an XI.

Thulani Hlatshwayo has been moved to right-back to make way for Robyn Johannes at centreback next to Buhle Mkhwanazi.

With Sifiso Hlanti at left-back‚ that’s four big men in a brutal backline in front of the safe hands of Darren Keet.

In the middle Thabang Monare and Cole Alexander are tireless workers‚ but with some skill too.

An entirely new frontline of Deon Hotto and Terrence Dzvukamanja on the wings‚ outside strikers Gift Motupa and Mxolisi Macuphu‚ has a lot more brawn‚ pace‚ skill and penetration than last season’s ageing combinations.

Hunt’s assistant‚ Paul Johnstone‚ who sat on the bench for the first two games‚ explained: “The answer to the back four is that we’ve got Thulani Hlatshwayo‚ who’s the club captain and the national team captain.

“And credit to the man – naturally he’s playing out of position‚ because right-back is his second position. But he’s more than willing to fill a role where we need him to.

“But we knew ‘Tyson’ would be fantastic for us at right-back. And I said to someone the other day‚ if you look at that back four‚ arguably it would be the best in the league.

“Of course‚ you’ve got to be getting results for that to be true. But it’s two fantastic results so far with one goal conceded.

“Up-front it was evident last season that we had older legs and lacked pace. And that’s something that we changed.

“In the off-season we went out there and scouted around. We’ve done our homework and that’s what we wanted to bring in – people who could score goals.

“But more importantly‚ players with pace. And that’s exactly what we’ve done. And‚ again‚ so far it’s paid off.” Hunt will be back on the bench against Pirates.

The new-look Wits will provide a stern buffer to a trophy-hungry Buccaneers aiming to bounce back from Saturday’s bitter disappointment of an MTN8 quarterfinal penalties defeat against SuperSport United.