Ria Ledwaba on a mission to fix women's soccer 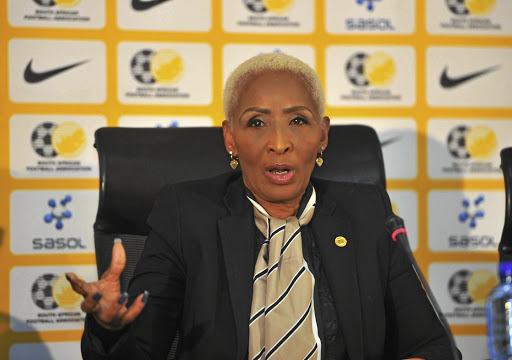 It goes without saying that the development of women's football in the country is far off the pace, but SA Football Association (Safa) vice-president Ria Ledwaba wants to fix that.

Since Ledwaba became the first female to be appointed to the position in June, she has been given the responsibility for schools sports and women's football.

On Monday, Ledwaba was in Polokwane to launch a national drive to address issues affecting women's football at grassroots level ahead of the start of the women's national league next year.

"The only reasonable thing [to do] is to go to the teams themselves [and] show them what we've put [together] as a concept and let them talk," Ledwaba said.

"It's to make sure that all the stakeholders are part of this document and not one that was created somewhere and dropped at their doorstep. So the reason we are here is that we said let's meet with the teams and hear them.

"It's not just the national league. There are many things; there are no dedicated offices for women's football with an individual [running it] and not necessarily a woman. We need to have those structures put in place if we want to grow women's football.

"We want to close that gap and be able to participate in the World Cup and not go there to add to the numbers.

"We want to compete in the world league that Fifa wants to establish and we don't want to wait another two years before we get there."

Ledwaba added: "I want to see women referees doing the PSL [games] and in the [Nationa] First Division. I want to see a woman coach being an assistant at Bafana Bafana, not only the U17 of women. I mean, what's the difference? They go to the same courses [as men] and write the same exams, so they have the same idea and knowledge."

Port Elizabeth-born Deidre Mitchell became the first woman to officiate a PSL match on April 22 2007. On the day, Santos beat Kaizer Chiefs 3-1 at Telkom Park Stadium, which was decommissioned in 2010 after the opening of the Nelson Mandela Bay Stadium.

More recently, Akhona Makalima, nicknamed "Babes wePempe", has also had her run in the men's game.