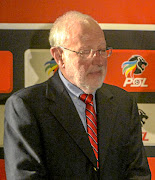 It's D-day for Black Leopards who are eagerly awaiting final verdict on the fate of their fortress, Thohoyandou Stadium.

Lidoda Duvha have not had their home base approved by the PSL to play matches in front of their supporters.

Leopards tried in vain to get the league's approval before their first match of the season against Polokwane City.

The match was played at Peter Mokaba Stadium and Leopards would have been relieved to win 1-0 on the day, even though they were forced to play their home match away.

PSL chief operations officer Ronnie Schloss was back in Thohoyandou Stadium yesterday for another inspection, and based on what he told the media, the stadium could pass the test this time.

"I think a lot of work has been done. I've got to come back [late last night] to assess the floodlights and other things to see if it's safe to play at night," Schloss said.

"I have no other comment other than to say that there's a major improvement to what it was a couple of weeks ago - three weeks ago."

The Thulamela local municipality had to improve the state of the pitch, ablution facilities, technical benches, turnstiles, paving around the stadium, the hospitality and media areas.

This was after Leopards won promotion via the play-offs late in May.

Schloss sounded hopeful, and if the stadium gets the nod today Leopards will be able to host Orlando Pirates in Thohoyandou on August 28.

For now, though, the match has been put down for Peter Mokaba [7.30pm] on the PSL's official website. It's now for Schloss to make the final call.